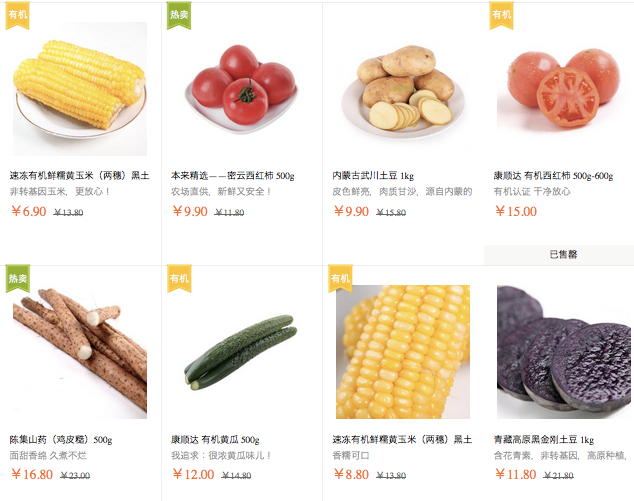 Beijing-based fresh produce e-commerce start-up Benlai Life has received US$30 million series C round of investment from a subsidiary of Joyoung Co., Ltd., a Chinese kitchen and home appliance maker, according to a disclosure document (in Chinese).

After the completion of the investment, Joyoung will hold 3.82% of Benlai Life, which indicates that the round valued the start-up at US$785 million.

Kindler’s Information Technology Co., Ltd., the operator of Benlai Life, recorded RMB268 million in revenues and a loss of RMB209 million in the fiscal year of 2014 ending March 31, 2015.

It has established three warehouses in Beijing, Shanghai and Guangzhou, as well as temperature-controlled logistics chain covering 22 major cities in China.

In May, Shanghai-based fresh produce e-commerce platform Fruitday completed US$70 million series C round of financing led by JD.com Inc.

In September, Beijing-based Beequick, which also focuses on fast delivery of fresh produce to consumers, completed US$70 million series C round of financing from Hillhouse Capital, Tiantu Capital and Sequoia Capital.