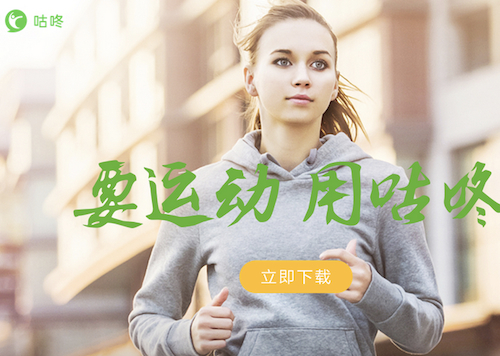 A sports investment fund co-established by Focus Media and FountainVest Partners has led a US$50 million series C round in Codoon, a Chinese sports and wellness service provider integrating mobile apps and wearables.

The sports fund, launched last month by Focus Media and FountainVest Partners with US$400 million to invest in sports companies in China and overseas, injected US$30 million in Codoon in the fund’s first investment.

Existing investors SIG and SBCVC also participated in the round, the company announced during a press conference today.

Founded in 2010, Codoon received US$10 million series A round from Shenzhen Capital Group and CITIC Capital in 2014. Later that year, it completed US$30 million series B from SIG and SBCVC.

Codoon says it currently has over 50 million users, and is the largest online, mobile and social networking platform in China.

Its wearable devices include fitness bands and weighing scales. The company also organize online sports events such as marathon.

The company plans to use the latest proceeds to expand its online content, build up its big data capabilities and online sports event franchise.

Focus Media and FountainVest Partners plan to use their own resources in advertising and users to help Codoon grow quickly and take a dominant position in the sports market.