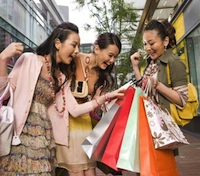 The Australia and New Zealand Banking Group Ltd. (ANZ) and Australian research firm Roy Morgan Research have jointly launched an index to track the Chinese consumer confidence levels, according to a joint announcement.

The ANZ-Roy Morgan China Consumer Confidence Index, which gauges China’s consumer confidence and inflation expectations, remained stable at 152.5 in May, compared with 152.6 in April.

The index sees a clear declining trend of inflation expectation among Chinese consumers. In May, the respondents projected China’s price level will rise by 4.0% in the longer term, much lower than the 5.2% recorded in January and 4.5% in April.

"The May consumer confidence has shown signs of stabilization, which could foretell a possible pick up in China’s retail sales," says ANZ’s chief economist of Greater China, Liu Li-Gang.

"However, a further decline in inflation expectation suggests that domestic demand remains lukewarm. This suggests that the retail sales figure in May will not see a significant boost either," he adds.

China’s private consumption was around US$3.3 trillion in 2013, almost as large as Germany’s GDP. However, there is still huge room for Chinese consumption to grow at a fast pace, according to a research report by ANZ.

China’s private consumption represents only 36% of its GDP, compared to the world’s average of 60%.