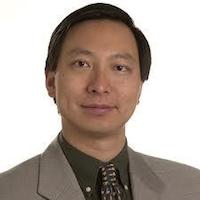 The Asian Development Bank (ADB) has appointed Columbia University’s professor of finance Wei Shang-Jin as its chief economist, according to the bank’s official announcement.

Wei, who teaches at Columbia University’s Graduate School of Business located in New York City, will serve as ADB’s spokesperson on economic issues and head its economics and research department, which leads policy research on development challenges facing Asia Pacific.

He will be in charge of ADB’s publications of Asian Development Outlook and Key Indicators on economic forecasts and trends in the region.

Before joining ADB, Mr. Wei was the N.T. Wang chair and director of the Chazen Institute of International Business at Columbia University, director of the (US) National Bureau of Economic Research’s working group on the Chinese economy, and a research fellow at the Center for Economic Policy Research (Europe).

Prior to Columbia University, Mr. Wei was an assistant director and chief of division at the International Monetary Fund (IMF), where he led the fund’s policy research and advised on issues in international trade, investment, globalization, and related topics. He was appointed as IMF chief of mission to Myanmar in 2004.

Mr. Wei served as an adviser on anti-corruption policy and research at the World Bank from 1999 to 2000. He was an assistant and associate professor at Harvard University from 1992 to 1999.

"ADB is the region’s premier development partner and I am excited to lead its economics team,I look forward to working with governments and academia across the region and beyond on research that will contribute to the continued growth and development of Asia and the Pacific," says Wei.

Wei, born in China and now a national of the U.S., earned a PhD in economics and a Master’s degree in finance from the University of California, Berkeley.

He also holds a Master’s degree in economics from Pennsylvania State University, and a Bachelor’s degree in world economy from Fudan University in Shanghai, China.