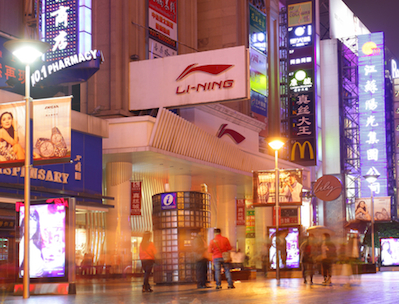 The shares will be issued at HK$2.60 apiece, representing a 25% discount to its closing price on the last full trading day on the Hong Kong Stock Exchange.

Viva China, TPG, Milestone and another unnamed financial investor have promised to buy up all the shares not taken up by other investors.

"Next year will mark the beginning of the company’s growth phase. The series of adjustments made to date have resulted in an improvement in our operations and set the company on a clear path to growth," says the company’s founder, Olympic gymnast Li Ning.

Li Ning’s shares have slumped to HK$3.09 today from HK$7.29 at the time of the investment.

"TPG is further strengthening its commitment to the company by subscribing to and underwriting the open offer to increase its investment in the company," says Scott Chen, non-executive director of Li Ning and partner of TPG.