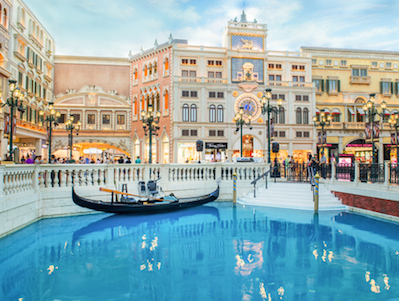 Macau’s gross gaming revenue is likely to continue to fall this year as the Chinese government continues to stamp out corruption and the effect of tightening regulation begins to manifest itself, says a research report by rating agency Standard & Poor’s.

Standard & Poor’s has lowered its growth forecast for Macau’s gross gaming
revenue in 2015 to a decline of 5% to 10%, compared with its previous expectation of a positive growth of 0% to 5%.

"We believe Macau casinos will experience further short-term pain this year,"
says Standard & Poor’s credit analyst Sophie Lin. "We have lowered our revenue forecast because of the significant impact of China’s anti-corruption campaign and more stringent execution of regulatory controls on gaming activities in Macau than we previously anticipated."

Specifically, Standard & Poor’s expects gross gaming revenue across the sector to drop by 15% to 20% in the first half of 2015, comparable to a 16% decline in the previous six months.

However, revenue will likely grow by mid-to-high single digit in the second half of 2015 as new gaming capacity and additional hotel rooms become available.

The report points out that the structural shift in revenue towards mass-market gaming and non-gaming activities such as retail and away from VIP gaming will benefit Macau over the long run.