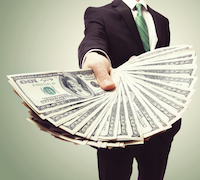 This is the first angel fund and the fourth investment fund Intel Capital has established in China.

The Intel Capital China Angel Fund is part of Intel’s Mass Makerspace Accelerator program, which has been established to identify and fund China’s next global entrepreneurs, from makers and students to developers and start-ups.

In April 2014, Intel Capital created a US$100 million fund to invest in innovative smart devices in China.

Intel Capital started investing in China in 1998. Since then, it has invested over US$670 million in more than 110 Chinese technology companies, 30 of which have gone public or have been acquired.

Intel Capital has investment professionals based in Beijing, Hong Kong and Shanghai.