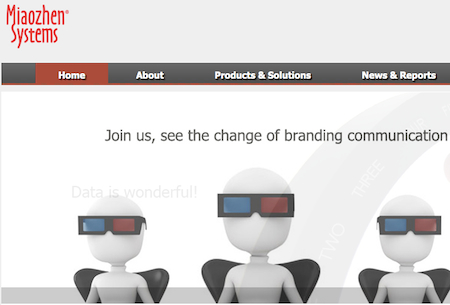 Beijing-based third-party advertising services firm Miaozhen Systems has completed a series D round of financing worth over US$50 million led by Primavera Capital, according to a company announcement.

The company says it will use the proceeds on mergers and acquisitions, as well as improving its shareholding structure.

Earlier this month, Hangzhou-based online and mobile advertising firm Panshi completed US$200 million series B round of financing led by Shanghai-based NewMargin Ventures.