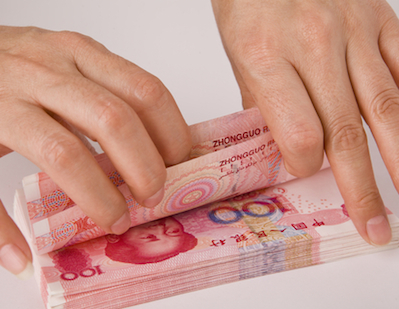 Chinese investors and companies widely expect further RMB depreciation down the road and are more focused on managing their currency risk compared to a year ago, says a research report by ANZ.

There has also been a material shift towards raising funds in the domestic market, partly because of increased acceptance of the risks associated with foreign currency borrowing.

The analysts at ANZ contrasts the attitude now to that of August 2015, after the Chinese central bank’s abrupt devaluation of the RMB on the 11th.

At that time, onshore Chinese investors and companies seemed to expect currency stability, consistent to the People’s Bank of China’s public assurance that there was "no basis for large scale depreciation."

ANZ expects that the RMB will depreciate at relatively managed and modest rate to end up at RMB6.7 per U.S. dollar at year end, and do not see asymmetric and disorderly depreciation.

For offshore investors, there was much discussion of the risk of a one-off devaluation compared with more conventional depreciation over time.

The risk of a one-off devaluation was generally assessed as being relatively low, as is ANZ’s belief.