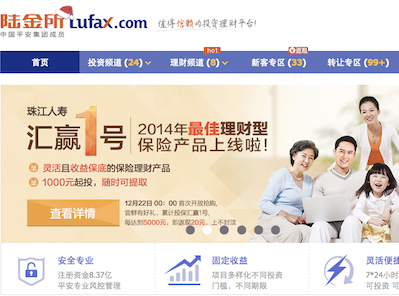 The Internet finance arm of Ping An Insurance Company of China, Ltd., which just completed a US$1.216 billion new financing round ahead of a planned initial public offering, has seen departures of two high-level executives lately, says an article by Caixin Media.

Their departure may be related to the intense pressure from the company’s aggressive plans to expand and to achieve an IPO this year or next.

He joined Lufax in 2014, and also led efforts to establish Ping An Insurance’s crowdfunding business in 2015.

Lufax was established in 2011 with the support of the Shanghai municipal government.

As of the end of 2015, Lufax has registered users of 18 million with active users of 3.6 million. Its services cover over 300 Chinese cities with cumulative transaction value of over RMB1.6 trillion, the company said in January.