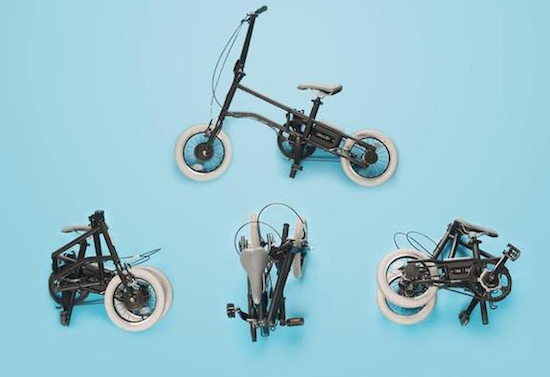 Tsinghua Holdings has led a RMB150 million (US$23 million) series B round of financing in Tsinova, a Chinese smart bicycle start-up, the company announced.

"In mainstream European markets, the number of smart pedelec is growing at 30% annually," says Chen Tengjiao, CEO of Tsinova. "We will accelerate investments in research and development to help further improve user experience."

Founded in 2014 by Chen, a Tsinghua University alumni, Tsinova’s smart bikes have incorporated a self-developed power system, which can identify road conditions and read user’s riding intentions and output power assist in a real-time manner. The bikes can also be folded for easy transport.

Tsinova has released four different types of smart bikes for urban transportation, the TS01, TF01, TP01 and TP02. The company says it will use the latest proceeds to accelerate new product launch.

In March 2015, Banyan Capital, China Growth Capital and IDG Capital Partners invested US$15 million in a series A round in Beijing-based new generation bike start-up 700Bike.

Led by Zhang Xiangdong, co-founder of mobile products firm Sungy Mobile Ltd., 700Bike has launched stylish bike with innovative features such as digital tracking, as well as peripheral products including bikes and helmets.

(Correction: An earlier version of this story mistakenly stated that THG Ventures led the funding round.)