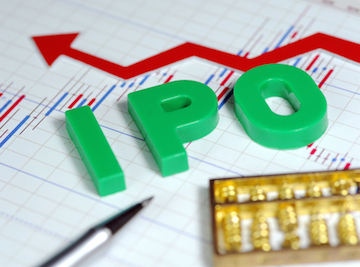 A total of 95 Chinese companies have raised RMB126 billion (US$18.9 billion) from initial public offerings globally during the third quarter, up 188% and 456% respectively from a low base last year, according to data released by ChinaVenture.

Sixty-five companies completed IPOs in domestic Chinese exchanges, while 28 companies raised capital for the first time on the Hong Kong Stock Exchange. One company listed on the NASDAQ in the U.S. and one on the Singapore Stock Exchange. 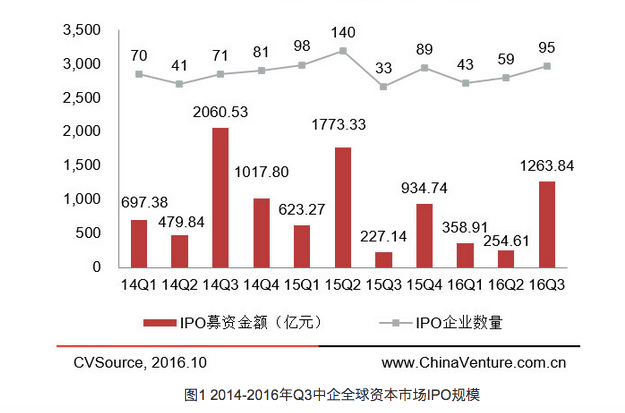 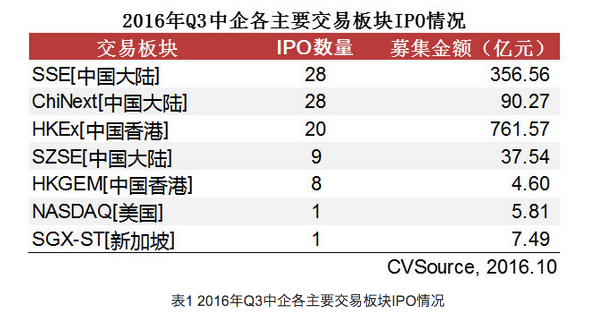 (Second column from the left represents the number of IPOs, while the third column represents capital raised in RMB100 million unit.)

A total of 50 companies with backing from venture and private equity firms completed IPOs during the quarter, allowing 143 financial investors to exit at an average return on equity of 1.54 times, down 8% year-on-year.

The Postal Savings Bank of China’s HK$57.6 billion IPO was the largest such transaction since 2014. Financial services companies took the biggest share of 66% among all companies that completed IPOs during the quarter.
Chinese IPOs On Domestic Stock Exchanges 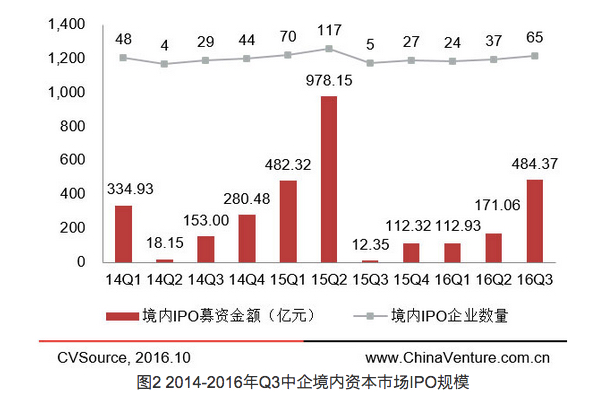 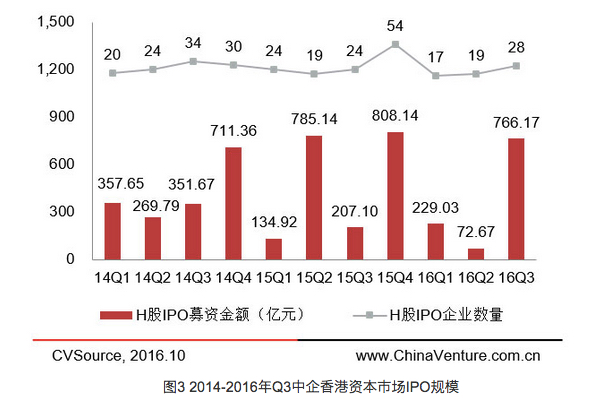 The trend of Chinese financial services companies to list in Hong Kong will continue going into the fourth quarter, as CMS Asset Management (HK) Co. and Industrial Securities expected to list before the end of the year.