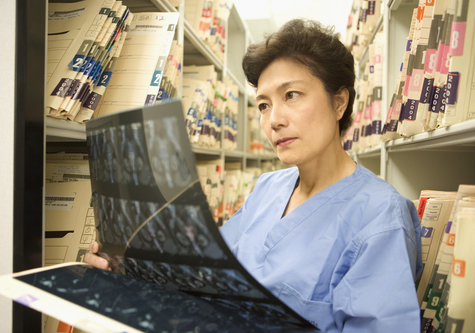 New investors in the round include Xianghe Capital, a venture capital firm funded by Hesong Tang, Baidu’s former head of corporate development, and Advantech Capital, a private equity fund focusing on tech and medical industries.

Founded in 2016 and headquartered in Beijing, Infervision applies deep learning technology to assist medical image diagnosis. Its product, AI-CT, works to identify the core characteristics of lung caner and detect suspicious lesions in computerized tomography scans. The company says the technology is especially sensitive to hard-to-detect nodules such as semi-solid and ground glass nodules. Another product, AI-DR, which targets cardiothoracic lesions, can reduce digital radiography analysis time from ten minutes to as little as five seconds, the company says.

The firm says it has partnered with half of hospitals on Fudan University’s Top 50 Hospitals List, serving about 450,000 patients.

Infervision has launched operations in Shanghai, Wuhan, Dalian and Guangzhou last year to expand nationwide. It has also set up offices in the U.S., Japan and Germany to prepare for global development.

Last September, the start-up raised a RMB120 million (US$18 million) series B round led by Qiming Venture Partners, and participated by Sequoia Capital China and Genesis Capital.

Medical imaging continues to receive a steady supply of funding.