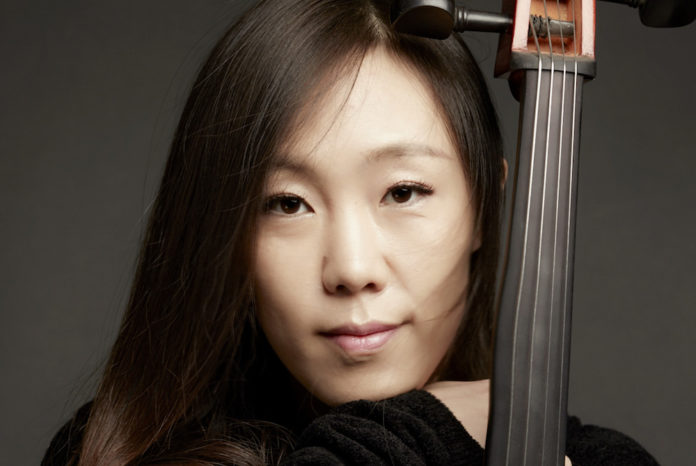 Jack Ma said last month that China needs to focus on "new manufacturing", while the U.S. launched a trade war in order to bring "old manufacturing" back to the world’s largest economy.

Putting the contrast aside, the focus on new manufacturing has never been stronger in China. Efforts to build smart factories and government subsidies toward the initiative are growing across the country.

In one example, Dongguan, a small city in coastal Guangdong province, has cut 250,000 jobs, or around 5% of the city’s registered labor force, during a three-year "robot-for-humans" campaign. The city government spent RMB200 million (US$29 million) each year to finance companies to upgrade automation equipment. A company in Hangzhou has cut the number of workers to 11 to 13 per production line from 200 to 300 per production line ten years ago. Another kitchen appliances maker in Hangzhou received government subsidies equaling 5% of the costs to upgrade its production lines. Now it is able to cut labor force by over one third from three years ago and is aiming to achieve fully automated productions in ten years. Shenzhen government is spending RMB500 million (US$72 million) to support robotics, wearable and smart equipment sectors locally each year.

Our guest of this episode of China Money Podcast, Hao Jingfang, is one of the authors of the report. Hao is also a science fiction writer and won the Hugo Award for Best Novelette for "Folding Beijing" in 2016, becoming the first female writer in Asia to receive the award.

China’s new manufacturing efforts echo Hao’s observation that, "Whenever there’s a technological breakthrough, it is an advantage for Chinese tech companies to test the idea in a massive market."

As companies, governments and investors push to "upgrade" Chinese manufacturing to full automation and "intelligent factories", a large number of jobs will disappear. But the report concludes that with careful management and retraining of the labor force, China will be able to overcome the coming labor disruptions from mass adoptions of robots and AI.

However, Hao, a PhD graduate from Tsinghua University with degrees in both physics and economics, is concerned over the difficulties China will face transitioning from "technology adopters" to "technology originators."

"A lot of companies are just too short-sighted. Because in the past, there were many opportunities for those companies to make quick money…Perhaps there’s no patience in these companies to aspire for bigger things. And also the investors, they want to just copy the fastest successful business model. So they are not patient enough to make long term investment," Hao told China Money Network during during an interview on the sidelines of the Annual Meeting of the New Champions held by the World Economic Forum in Tianjin last month.

Q: You have written science fictions about China at a distant future. And as a director working at China Development Research Foundation, you have a unique vintage point observing China’s technology space. What’s your overall view of how the Chinese technology sector has grown and developed?

A: The Chinese technology sector has grown quite rapidly. It has advantages of a large (domestic) market and close relationships to its customers. Whenever there’s a technological breakthrough, it is an advantage for Chinese tech companies to test the idea in a massive market.

However, there are some fallback too. The one main problem is the lack of basic research. Investments in basic research in China is comparatively lower comparing to developed countries. So that (could) make Chinese technological advancement quite challenging. A lot of companies just purchase basic knowledge and technology from foreign companies and build localized applications for Chinese consumers.

However, this kind of path might be more and more difficult in the future because of the current trade conflicts. It will require China to devote more resources and human capital to fundamental research.

Q: What you just described is the consensus that China lacks fundamental and core technology research. What do you think is the root cause of this? Do you think it’s going to change in the future?

A: Perhaps the main reason is that China developed too fast in the past forty years. So there’s not enough time to conduct fundamental research, because all of those basic research requires a long time and a lot of human resources.

Perhaps the largest breakthrough needs the longest time. So perhaps in the future, when China’s economic growth rate slows down to maybe three or four percent a year, people will be more patient to invest in these kind of efforts.

And the government, I think, will pay more attention to fundamental research in the future. As the advantages of China’s large number of young students and scientists can give more energy to the economy. When we look at making progress in fundamental research, we have to take a long-term perspective of at least fifty years.

Q: Are you optimistic that China will be able to make this shift?

A: I think Chinese people are smart enough to achieve this change. There are a lot of smart students and scientists here in China. The main problem is whether we have the mechanisms to promote this. I’m more optimistic that China does have the potential.

Q: What I have observed is a pervasive short-term and pragmatic mindset among companies, academia and society in China. Do you think this kind of atmosphere will correct itself?

A: I think the reason is that a lot of companies are just too short-sighted. Because in the past, there were many opportunities for those companies to make quick money. This kind of examples sets the mindset for the companies that emerge later, they all just hope to copy these quick successes.

So [my answer is] no. Perhaps there’s no patience in these companies to aspire for bigger things. And also the investors, they want to just copy the fastest successful business model. So they are not patient enough to make long term investment.

That makes these start-ups become more fearful of failure. And they do not have enough time and resources to conduct experiments for innovation. The same goes for universities. I think now, in the universities, there’s no trust for the professors. The professors need to publish two to three papers a year to prove themselves, or they will lose their jobs.

For fundamental research, for those really really important big discoveries, they do need time. Maybe one experiment will take five years and another five years to publish the result. But China’s current atmosphere does not allow this to happen. I do hope that the rules and the management can change in the academia field in China.

Q: Let’s talk about the report that China Development Research Foundation just published about how artificial intelligence and human resources interact, and how they influence and impact each other. What are the key findings?

A: I think overall, we are optimistic about the jobs that AI will create. It will eliminate some jobs but it will create more. However, I think there’s a big gap between the current educational and training system and the educational systems that would be required in the future.

Moreover, the education systems now can only serve the industrial factories and companies. But in the technological, knowledge-based and creative society of the future, jobs will be very different. Those jobs requires more knowledge, more creativity, and also a lot of soft skills in the future.

The current educational and training systems are not equipped to provide that kind of training. So I think to prepare for a better future, it requires some fundamental revolution in the educational systems.

Q: What are some really interesting data or statistics you were able to discover in the report?

A: We estimated different sectors. In e-commerce, we found more new jobs will be created to assist the development of big data and artificial intelligence.

However, in traditional manufacturing, we found that perhaps two thirds – at least two thirds of the workers in a lot of manufacturing factories – will be replaced several years from now. Maybe in five years, the number of workers in some areas will decrease to half of the current levels. I’m a little bit worried about this.

Q: What are some policy suggestions you would give to the government?

A: At least in the short term, they should provide new training to factory workers and to others who are doing repetitive work. If they lose their jobs, the government should provide new training to help them transfer to other sectors, such as becoming nursing professionals for senior citizens. These training will help alleviate the pains of job displacement in the near future.