Announced in October 2020 and produced in record time in the Linas-Montlhéry test workshop, this vehicle called Alpha 0, certifies the reliability of the fuel cell system. After the design and architecture phases, followed by the implementation of the various components within the vehicle, the prototype was able to be evaluated and perfected through bench and track tests. With a speed of 200 km/h (124 mph), this test version already borders on the performance promised by the Hopium Machina in its final form.

Alpha 0 also introduces for the first time the signature lighting, emblem of Hopium, whose shape is reminiscent of the stratification of hydrogen and the movement of waves on the surface of water.

The reveal of this technological showcase is a key step in the manufacturer's roadmap and confirms its ability to achieve the goals that have been set and meet the highest challenges. It is accompanied by the opening of an order book for the first 1,000 numbered units of Hopium Machina, whose reservation price is set at 410 euros, in reference to the spectral line of hydrogen.

The Hopium teams are already fully committed in carrying out the next steps, aiming to produce Hopium Machina on an industrial scale, with a new rendez-vous expected in the first quarter of 2022.

Olivier Lombard, the youngest winner of the 24 hours of Le Mans, founded Hopium, a manufacturer of high-end hydrogen-powered vehicles, as an achievement resulting from his experience acquired on the racing circuits.

With the automotive culture in his heritage, Olivier Lombard has driven for 7 years hydrogen-powered racing cars, making him the world's most experienced racer in this field.
As an open-air laboratory, the race has allowed Olivier Lombard and his team to reflect on new mobility solutions to meet today's environmental challenges. While the transportation sector alone is responsible for 20% of greenhouse gas emissions, the company is positioning itself as a player in climate change.

Hopium brings together a team of experts and leading partners at the forefront of innovation in the fields of hydrogen fuel cells, technology and automotive engineering. 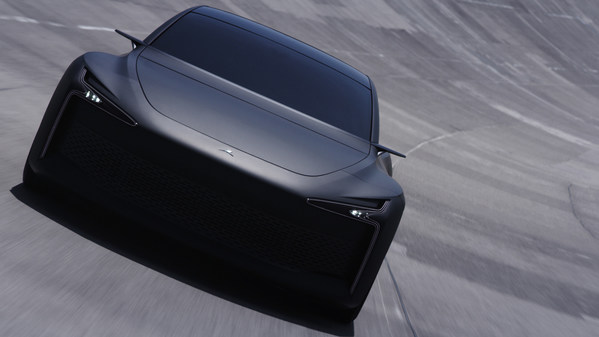 Tricor Group Signs a Sale and Purchase Agreement to Acquire PT ASA Indonesia Expanding its Portfolio in Payroll, Accounting and Tax with a Stronger...

Premia Partners launches Premia China STAR50 ETF at TER of 0.58% p.a. as low-cost tool for opportunities from China’s growth in hardcore technology and...