United BioPharma, Shanghai Public Health Clinical Centre and NCKU to explore the effectiveness of UB-621 to clinical isolates in mainland China and Taiwan

TAIPEI, Oct. 19, 2021 /PRNewswire/ -- United BioPharma announced today that Shanghai Public Health Clinical Centre and Cheng Kung University's Department of Microbiology and Immunology have joined United BioPharma's fight against the global herpes endemic. Together with United BioPharma, the two institutions will test the effectiveness of UB-621, a best-in-class long-acting treatment for genital herpes caused by simplex viruses 1 and 2 (HSV 1 and HSV2) in preparation for phase II trials in the United States and China. 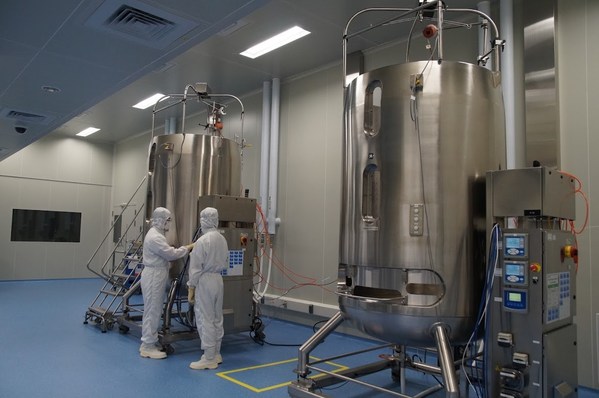 The latest additions to the partnership will work with existing partners to test the neutralizing activity of UB-621 to the HSV clinical isolates in mainland China and Taiwan.

"Data from our initial trials suggest that UB-621 is not only a best-in-class treatment but a potential game-changer for billions of patients suffering from herpes worldwide Testing on clinical isolates will help confirm whether UB-621 can work well against herpes strains, especially those that have already shown to be resistant to currently marketed drugs", said Dr. Shugene, Lin, President of United BioPharma.

"We know UB-621 can neutralize over 40 HSV isolates from Asia, the United States and Germany. With Cheng Kung University and the Shanghai Public Health Clinical Centre's support, we hope to demonstrate further the capability of UB-621 as we move to phase two trials," added Dr. Shugene, Lin, President of United BioPharma.

UB-621 is a first-in-class anti-gD mAb (UB-621) with demonstrated strong viral suppression of transmission and recurrence of HSV1 and HSV2, developed over ten years of research collaboration between the University of Washington, the National Institute for Allergy and Infectious Diseases, University of Duisburg Essen, Germany, and Dartmouth College.

Herpes: the silent pandemic affecting 90% of the global population

Herpes is a lifelong infection that often goes undetected. Although antiviral medications are available in the market to suppress the virus, there is no cure. Furthermore, research shows a majority of individuals develop a resistance to treatment.

The recurrent nature of genital herpes can lead to stigma and psychological distress, impacting the quality of life and sexual relationships. There is also a strong link between HSV2 and HIV, where people infected with HSV2 are three times more likely to contract HIV. Additionally, women are biologically more susceptible to HSV2 and HIV coinfection.

Current treatments for herpes target viral DNA polymerase and typically have half-lives ranging from two to four hours and are taken orally twice or thrice a day, with some even requiring intravenous administration. In contrast, United BioPharma's UB-621 – with a half-life of 23-28 days - is administered via subcutaneous injection and targets surface glycoprotein gD found to inhibit viral entry into cells.

Antengene Announces Commercial Availability of XPOVIO® (Selinexor), for the Treatment of Relapsed/Refractory Multiple Myeloma, Prescribed for the First Time Across Mainland China