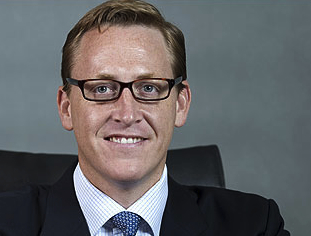 In this episode of China Money Podcast, guest Derek Sulger, co-founder of Lunar Capital, discusses why he likes to take controlling stakes, how he manages to return capital to LPs at a satisfactory rate, and the reasons behind his passion for baby apparel.

Listen to the full interview in the audio podcast, subscribe to our podcast in iTunes, or read an excerpt.

Q：Can you first give a brief introduction of Lunar Capital?

A: Lunar Capital is a private equity firm headquartered in Shanghai, with 30 investment professionals primarily located in Shanghai and Chengdu. We also have an office in Hong Kong. Our focus is middle-market private enterprises that are in the consumer sector and where we can take a large or majority controlling stake. We then use our experience as entrepreneurs and professional managers to add value to the company.

Q: Last year in 2011, you completed two exits through trade sales (selling to a strategic buyer). Since the IPO market essentially closed for Chinese enterprises, private equity firms in China have been desperately searching for alternative exits such as trade sale or secondaries. Already, private equity-backed mergers and acquisitions have increased 53% compared to last year. Why did you initially not focus on IPO exits?

A: We like the idea of building good businesses, meaning companies that are profitable, growing and have real value to future shareholders. Whether that future shareholder is an individual who buys shares of our companies in the public market, or a strategic acquirer, it does not matter.

We have always been relatively indifferent between IPO exits and trade sale exits. I think it’s a great thing for China that an M&A culture is evolving. That means we can be on both sides. Aside from the two strategic sale exits in 2011, we also acquired majority shares of two companies in 2012. And we are in the process of acquiring a few more that will either be closed this year or early next year.

Q: So, what are some advice and lessons that you can share about selling to Chinese strategic buyers?

A: I think people have to just use common sense. That means focus on margins, profits and sustainable growth. Often in China, people get into these really outstanding growth rates, but they never asked themselves: Are these growth rates sustainable?

I would personally much rather invest in a company with lower growth rate but that is sustainable over ten years, than a higher rate growth that may only be sustainable for one or two years. I’m an enormous believer of the compound effect of slow growth. In China, slow growth might be 15% or 20% a year. But that is a phenomenal opportunity when compounded over several years.

Q: Valuations can often be tricky in China because of expectation gaps between sellers and buyers. What’s your experience in handling valuation negotiations?

A: In our case, valuation has not been complicated because most of our companies are profitable businesses in well-understood sectors. Last year, we sold a beverage business called Beihai Perfuming Garden. There are comparable companies that are publicly-listed, or are acquired by multinationals and domestic conglomerates. So the valuation was straightforward.

But you see irrational expectations when the company is not profitable and/or in newer industries. Those businesses are inherently more difficult to value. An entrepreneur might think it’s worth millions of dollars, but there may not be a community of potential acquirers who can value that business or are willing to pay a premium.

Q: Your original plan was to complete three exits in 2011, but only two were completed?

A: Yes, there is still one exit that we are working on, which we are hoping to close this year. But we are running out of time.

Q: Is that a reflection of the difficult market environment, or anything specific relating to this company?

A: I would say it’s more specific to the way China’s M&A is evolving. This deal we are working on, there have been a lot of interests in buying this business, both from multinationals trying to enter the Chinese market and state-owned conglomerates. For many state-owned conglomerates, they may move slower and more internal processes to go through.

Q: With slower pace of exits, how are you handling pressure from LPs to return money?

A: From the surveys we’ve seen, all of our funds currently rank highly in terms of money we’ve returned to LPs. Since we have substantial control, we can often generate returns through partial exits or dividending out earnings. Most if not all of our portfolio companies are profitable, and as majority shareholders, it’s easier to do that compared to a minority investor working with an entrepreneur who may have no desire or interest in returning profits to shareholders.

Q: How significant is this portion of returned capital?

A: In our case, it’s been quite material. It’s not going to return the entire amount. But if you have businesses operating at 20% or more margins, you can move the needle quite substantially.

Generating a 30% IRR over two years is far less interesting than generating 20% IRR over ten years. If you exit a business too soon, you still have to be invested. So the next question is: What are you going to buy? So as long as a business remains profitable, as long as our entry price made sense, I’d rather still stay invested.

Q: In terms of fundraising, you have targeted smaller size funds and raised funds relatively less frequently compared to some peers. You started your first fund in 1999, but that was investing founding partners’ own capital. You only started taking third party capital with the second fund of US$60 million in 2007, and you are investing your third fund of US$150 million. Why you were able to resist the temptation of larger management fees?

A: For simple reasons: I like owning and helping to run businesses. If you have less money, you have to focus on fewer companies and be choosier. We also have less pressure to do more deals because we have less money to put to work.

Q: You have plans to raise a fourth fund?

A: We are only half invested in our third fund. We don’t have any definitive plans to raise a fourth fund.

Q: Your strategy is control-oriented, and currently you have five portfolio companies…

We have a very process-driven investment strategy, implemented by different teams responsible for investments, management and operations, legal and risk, etc. So we try to add value in a systematic manner. When we see things that work well for one company, we try to repeat and implement them across the board.

Q: Private equity funds are increasingly more hands-on and more operational focused, even for funds that only take minority stakes. How does owning a controlling stake help when you try to implement operational changes?

A: Absolutely. As a minority stakeholder, you can definitely play a role. But more often than not, you are dragged to operations only when problems have materialized. By then, it might be too late. The beauty of being a majority shareholder is that you can be far more proactive by seeing the early warning signals and take preventive actions.

A: I certainly foresee that private equity in China will continue to evolve toward a higher degree of specialization. More people will realize that you have to be more operationally involved, and owing a majority will enable you to achieve that goal better.

Derek Sulger is co-founder of Lunar Capital, a control-oriented private equity firm focused on middle market consumer companies in China and headquarter in Shanghai. Prior to co-founding Lunar Capital, Sulger started several successful businesses in China after moving to Shanghai in 1999, including Linktone that became listed on Nasdaq in 2004. Sulger started his career with Goldman Sachs in New York and London.