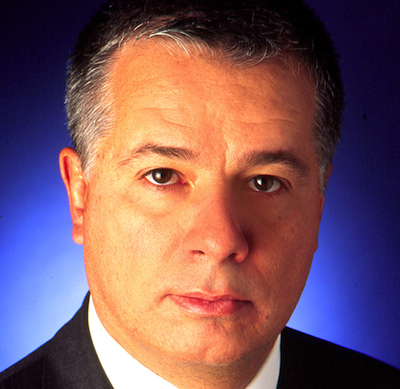 In this episode of China Money Podcast, we feature guest Kevin Parker, CEO of New York-based investment management firm, Sustainable Insight Capital Management. From 2004 to 2012, Parker was the global head of Deutsche Asset Management, which managed US$750 billion as of January 2012.

Parker shares his thoughts on the growth of sustainable investing, explains why China is setting the global environmental policy this year, and how China is likely to lower the cost of electric vehicle productions going forward.

Q: Let’s start with something fun. You own and have run a bio-dynamic winery in Southern France called Chateau Maris Cru starting from the late 1990s. What’s the best and the most difficult part about running your own winery?

A: The best part is drinking (the wine), of course. After a career on Wall Street with a telephone in one hand and sitting in front of a computer and moving money around, (it’s nice) to make something tangible. Something that people can taste, feel and enjoy.

(Our) winery has been bio-dynamic, or organic, for 17 years. Being a sustainable farmer for 17 years gives me certain credibility (to discuss sustainability issues). But it takes about seven years to convert a vineyard away from the use of pesticides, fungicides and synthetic chemicals to a completely natural approach. You see that the soils really come alive. Being a New Yorker and naturally impatient, it taught me something about time and patience.

Q: You left Deutsche Bank at 2012, and Sustainable Insight Capital Management (SICM) started operation in February 2013. Tell us some background of your company?

A: Back in the early 2000s, many organizations such as the Carbon Disclosure Project, Investor Network Against Climate Risk, popped up to focus on sustainability. Today, there are signatories representing over US$90 trillion that have signed the carbon disclosure principles. There are almost US$40 trillion who have signed the United Nations’ principles for responsible investing.

Our research shows that managements who are focused on sustainability outperform their peers (financially). But markets are inefficient and are not accurately pricing this factor. Therefore, SICM was founded to capitalize on this opportunity. We believe that the reallocation of capital based on sustainability principles is the only powerful source large enough to solve our environmental problems.

We are an asset management business with the backing of two prominent investors in the sustainable investing field. One is The Kresge Foundation; the other is a family office from Palo Alto, California. Currently we have about US$120 million under management.

Q: Is it a traditional asset management business?

A: At the moment, it is. But on our list of things to do is to introduce alternative (investment funds) as well.

Q: Your firm just published a report, in which it forecasts that China is going to set the pace of environmental policy this year. How?

A: I think China has been underestimated in terms of the (impact) of its environmental policy. China has created enormous problem for itself. In the theory of the tragedy of the commons, one of the players has to realize that the path they are on leads to their own destruction. Because China has the biggest problem, it leads to a necessity of leadership.

Q: And China is investing a huge amount right now. During the 12th Five-Year Plan, the environmental protection sector in China is going to reach RMB5 trillion in market size, and it will grow at about 15% to 20% a year. Are these reasonable projections?

A: We haven’t looked at China specifically. But globally, it is around US$1 trillion a year (of investments in this sector) required. But during the last several years, only around US$250 billion (were invested) annually. So we are very shy of the number that everyone agrees is necessary to transition to a low carbon economy (globally).

Q: As China makes massive investments in its environment, which sectors do you think are the most attractive?

Q: The U.S. is potentially going to slap new duties on imports of Chinese solar products. Is this the right move by the U.S.?

A: In general, we believe in the free markets.

Q: China is extending subsidies for electric vehicle purchasers until 2015. How is this going to impact electric vehicle producers, including Tesla Motors, who is beginning to ship to Chinese consumers in March?

A: China has a vast market (for electric vehicles). As investments are made there, production increases and cost per unit comes down, that makes those vehicles more affordable to more people, which creates more demand. I wouldn’t be surprised if we see the cost of electric vehicles drop in a similar way of wind and solar products.

Q: China is launching two more carbon emission trading exchange pilot programs this year, on top of the five it launched last year. What are some lessons China can learn from other pioneers in this field, such as Europe?

A: We think that investors need TLC, which stands for transparency, longevity and certainty. The lessons of the European experience were that there weren’t a lot of TLC for investors. When investors are not getting TLC, they don’t make a move. When you constantly come back to the market to change the allowances, investors lose confidence and walk away.

So China should focus on these three principles in its experiment to set up a carbon trading scheme.