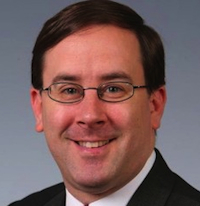 In contrast to Europe, markets appear increasingly cognizant that China’s economy is headed for trouble, and afraid what the consequences will be.

A steady stream of defaults has raised awareness of China’s mounting bad debt problems, which we’ve been calling attention to for some time now.

The abrupt decline in China’s currency, the Yuan, in recent weeks indicates that at least one of the following must be taking place:

(a) China’s central bank is furiously printing money in a bid to stave off a painful, but long overdue, economic adjustment;

(b) China’s export surplus is collapsing, as rising labor and other costs render it less competitive, and/or

All three may be in play, but any one of them is a red flag that China’s existing growth model has reached its sell-by date.

The economic adjustment China is facing has three major implications for investors, even if they have little or no direct exposure to China:

1) Growth. Market pundits often refer to China as a "global growth engine", and wring their hands over what would happen to the rest of the global economy should its astonishing growth rate falter.

In fact, much of China’s growth is predicated on drawing on demand from other economies. For years, China has produced more than it consumes, as a way of turbo-charging growth.

It can afford to consume more than it produces. The US$3.8 trillion in foreign exchange reserves it has accumulated cannot (as many imagine) be used to prop up China’s own economy, but they do represent global buying power that the Chinese can draw upon to cushion themselves from a downturn.

Far from signifying a catastrophe, this capacity to run trade deficits (which China may, in fact, already be doing) could unlock much-needed demand and turn China into a true driver of growth for the U.S. and other trading partners.

2) Commodities. China’s existing growth model has been a boon to certain countries and industries that were positioned to feed into its credit-fueled investment boom, which drove global demand (and prices) for iron ore, copper, energy, and heavy equipment – not just for end use, but as collateral to secure more and more loans.

The end of that boom will undercut those markets and create deflationary pressure, though not for every commodity. China’s shift toward consumption will continue to support rising demand for food and farmland on a global basis.

3) Fund Flows. Capital has already been flowing out of China to the tune of about US$250 billion per year, in search of greater safety and less volatile returns.

In the event of some sort of panic, that outflow could surge into the trillions. So far, these funds have flowed mainly into real estate (in gateway cities like New York, London, and Vancouver), gold, art, wine, and corporate acquisitions.

But should those outflows accelerate, a broader range of U.S. dollar-denominated assets such as stocks and bonds also stand to benefit (as would the value of the dollar itself).

There are many misconceptions about what China’s re-balancing means for the rest of the world economy, but one in particular needs to be highlighted.

Many analysts – even some prominent economists – argue that as trade deficits or capital outflows draw down on China’s foreign exchange reserves, the sell-off of China’s holdings of U.S. treasuries will crash the market for our debt, driving up U.S. interest rates.

This is not correct.

When China sells its treasuries, the dollars it receives don’t disappear. They are traded for goods, services, or investments, either with the U.S. (we earn it back) or with another trading partner (which now has USD reserves to invest).

Those funds may or may not find their way back into treasuries, but if they don’t, it’s hardly a tragedy.

After all, the whole purpose of rock-bottom interest rates is to encourage people to move into more productive investments, and if rates rise because that’s happening, that’s a good thing.

In any event, fears that a downturn in China could tank the U.S. treasury market are simply misplaced.