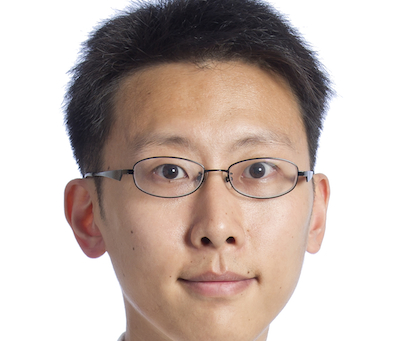 Q: What are some common misconceptions investors have about the Chinese property sector?

A: I think a lot of investors have worries about whether China really has solid housing demand. They see the decline in sold area and new construction, and they may be concerned if there is oversupply of housing.

A: We believe that the Chinese property sector is experiencing restructuring. Small and less competitive developers will gradually be forced out of the market.

Most of the onshore Chinese banks tightened their lending policies this year, because they are concerned of their property sector risk. As such, the small and less competitive developers have limited sources of funding, which will force them to cut prices. This in turn will hold housing buyers back as they wait for even deeper discounts.

Q: Do you see that some Chinese property developers will go bankrupt?

A: Actually, it has already happened. For example, Zhejiang Xingrun Real Estate Co., which is based in Fenghua city in Zhejiang province, (was insolvent). These types of developers are local and very small. They probably rely on just several projects to survive. They may also only have funding sources from onshore banks or shadow banking.

Q: What usually happens when they default on their debt?

A: Once they default, the normal process is that they will try to restructure the company. If they cannot, they will probably have to liquidate their company to repay creditors.

For bondholders of Chinese developers who have issued offshore bonds, they face a unique risk. The covenants of the bonds are based on offshore law. But once the bond defaults, whether the onshore jurisdictions will recognize the offshore obligations is uncertain.

That’s why we put the offshore bondholders in a relatively lower repayment ranking in the company’s debt structure. We assume that any repayment will first go to onshore banks or debt holders first. Only the remaining will go toward paying offshore creditors.

Q: Can you give us an example of how the repayment process works in China?

A: Right now, we haven’t seen a case of liquidation among Chinese property developers in the offshore market. Most of the developers who were in financial distress before were bailed out by a "white knight."

You have to remember, there are so many developers in China. Even the biggest developers, say China Vanke Co., only account for around 3% to 5% of the total market share in the country. So you can see how fragmented this market is.

I don’t think it should surprise anyone that a number of local developers go bankrupt from time to time. This may not be caused by the overall macro environment, but may be due to their own financial problems.

Q: So, a wave of industry consolidation is coming, finally?

A: We saw that some big developers have gotten some great deals in the second-hand land market. When the small developers face financial difficulties, the bigger developers will generally buy their assets, such as land or development projects, instead of buying the whole company. This way, they can get rid of the original management.

Q: This actually could be a great opportunity for larger and financially strong developers to buy some distressed assets for cheap, right?

A: That’s right. All the rated developers probably account for one-third of the nationwide sales. That means after the consolidation, as well as mergers and acquisitions, there will still be room for the large developers to grow in the future.

Andy Chang is associate director at Fitch Ratings Asia Pacific. He does research on the Chinese property and industrial sectors. Before Fitch, he was a credit desk analyst at Morgan Stanley in Hong Kong, focusing on trading and research of Asian high yield bonds.