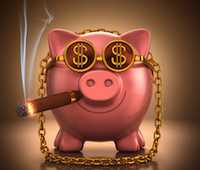 Asia-Pacific excluding Japan posted the strongest growth in the global private wealth market, growing 30.5% in 2013. The market is expected to overtake Western Europe as the second-wealthiest region in 2014, and to overtake North America as the wealthiest region globally in 2018, says a new report by The Boston Consulting Group (BCG).

The report, BCG’s fourteenth annual study of the global wealth-management industry, found that global private financial wealth grew by 14.6% in 2013 to reach a total of US$152.0 trillion. The rise was stronger than in 2012, when global wealth grew by 8.7%. The key drivers, for the second consecutive year, were the performance of equity markets and the creation of new wealth in rapidly developing economies.

Global private wealth is projected to post a compound annual growth rate of 5.4% over the next five years to reach an estimated US$198.2 trillion by the end of 2018.