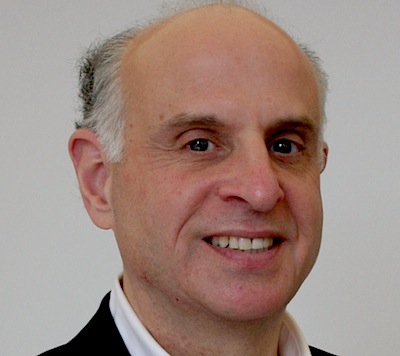 In this episode of China Money Podcast, guest Steven P. Feldman, professor of business ethics at Case Western Reserve University in Cleveland, Ohio, talks to our host Nina Xiang about the latest revelation of a sex tape with the investigation of British drug-maker GlaxoSmithKline in China, the danger of electronic eavesdropping while doing business in China, and how China’s current anti-corruption campaign is different from those of the past.

Q: Just earlier this week, it was revealed that a secretly filmed sex tape of the former head of GlaxoSmithKline PLC (GSK) and his girlfriend was sent to GSK’s senior executives. What does this new revelation say about the risks of doing business in China, both on a business and personal level?

A: (We know that) sexual favors are sometimes used to pay bribes in China. There is not enough information to tell if that’s the case here. It’s also unclear who made this tape. China is certainly a place where you have to be careful about your relationships and activities.

Q: Do you think this type of hidden surveillance happens much more than people realize?

A: I think so. A number of companies that I have worked with had similar issues. One major American company had an office in Shanghai. The board of directors of the company wanted to come over to Shanghai to have a board meeting. But the company’s China head was unable to get the electronic bugs out from his boardroom, because it’s illegal to own the equipment to search for electronic eavesdropping in China.

Another company said that they had to be very careful when buying new buildings because a lot of the office buildings are filled with electronic eavesdropping bugs.

Also, an executive of an American company sent a fax from his hotel in China to the U.S. to get advice on a business deal. Later, when he talked to his Chinese counterpart, the Chinese already knew the content of the fax.

Of course, the U.S. government does a lot of eavesdropping as well, but they seem to do it for political intelligence. The Chinese government, however, is involved with companies for industrial and business reasons.

Q: What can companies do to deal with this?

A: They need to be very careful guarding their information. In the first example I gave, the company went ahead to have the board meeting with the knowledge that the meeting wasn’t private. They had side meetings with small groups of people later, where they would discuss (potentially sensitive) issues walking down the street or somewhere else.

Q: Another change in China’s business environment lately is the anti-corruption campaign led by President Xi Jinping. How is this campaign different compared to others in China’s history?

A: Since the 1980s, anti-corruption campaigns have been on again, and off again. Is this time different? Some people tend to think it is. I think we will only know in hindsight.

The bigger issue is that China’s corruption problem is so massive that President Xi can’t really solve it in a short period of time.

When you talk to Chinese executives, their sense is that the campaign is more political than legal. The government is arresting competitors, or people who are threats to them. Some more cynical executives would say, government officials are all corrupt, why are some of them being arrested? The answer is that it’s perhaps more based on politics.

Q: But we are in the middle of this anti-corruption campaign that seems to be going strong. What should foreign companies take precautions against?

A: The American companies that I talk to seem to be more worried about the American government in terms of the Foreign Corrupt Practices Act of 1977, and the (persecution of the) U.S. justice department.

For example, one American company acquired a Chinese company, which it couldn’t be sure if the Chinese company had paid bribes to government officials or not. It turned out that it had. So now, the American acquirer is on the hook for potentially significant fines.

Q: For some time now, we see a new government official or an executive at state-owned enterprises being investigated almost on a weekly basis. How should foreign companies conduct their government relations in this uncertain time?

A: They should try to have multiple relationships. Also, they certainly want to keep their side of the "transaction" clean just in case if the government official is being investigated later.

Q: In your book, you describe the "middleman" approach in mitigating risks of doing business in China. How does it work in practice?

A: American companies can sell their goods to the middleman, who can then sell the products to the end-users, handling any potential bribery in the process. Or, the middleman is involved in business negotiations and conducts any necessary bribery.

But of course, the middleman provides legitimate business functions too. It bridges the differences between the two business cultures, where the government is heavily involved (in businesses) and corruption is significant in China, while the legal system is very dominate in the U.S. But no doubt, (handling bribery) is an important role the middleman plays.

Q: Sometimes, the middleman approach cannot be implemented, or does not work. In the GSK case, which situation is it?

A: I don’t know. But the middleman position is precarious, particularly in the middle of the current anti-corruption campaign. I know one Chinese middleman who was picked up off the street by plainclothes policemen. He was kept for three days without food or sleep. The police’s main goal is to get information about his friends in the government. They are trying to get evidence that certain government officials have taken bribes.

Q: Intellectual property (IP) rights are always a top contentious point for China and the U.S. Lately, a number of video sharing platforms such as QVOD Technology and Baidu were fined for online piracy. A couple of weeks ago, a news search mobile app called Toutiao was also being investigated for taking other media outlets’ news content. But you seem to be still pessimistic about China’s progress on IP?

A: We are beginning to see some businesses advocating for IP, some Chinese companies are developing their own brand. But for historical and economical reasons, there is still a lot of IP theft going on in China. It’s just like corruption. It’s so widespread that I don’t think it’s going to be solved any time soon.

Steven P. Feldman is professor of business ethics at Case Western Reserve University in Cleveland, Ohio. He is also the author of Trouble in the Middle: American-Chinese Business Relations, Culture, Conflict, and Ethics.