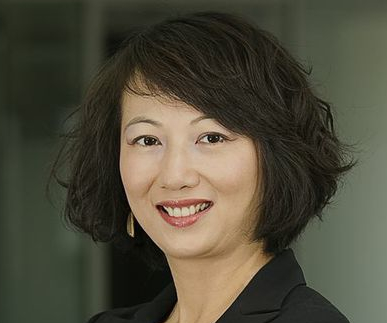 In this episode of China Money Podcast, guest Min Lin, founding partner and co-head of Greater China at NewQuest Capital Partners, talks with our host Nina Xiang. She shares her insights on NewQuest’s direct secondary investment strategy, why she thinks private equity secondary exits may peak in the next few years, and her experience spearheading ESG (Environmental, Social and Governance) investing in China.

Read an excerpt below, watch an abbreviated video version, but be sure to listen to the full episode in audio. Don’t forget to subscribe to the podcast for free in the iTunes store.

Q: Give us a brief introduction of NewQuest Capital?

We currently manage over US$700 million, and invest in direct secondary private equity assets across Asia.

Q: Maybe you can clarify the term "direct secondary deals", as the term can refer to different types of transactions?

A: Direct secondary here means that we acquire assets from other private equity investors, who have invested in companies previously and are seeking liquidity.

Q: Can you compare the valuations between buying stakes from companies directly versus buying from another private equity fund?

A: I would say valuations are driven by supply and demand. When many funds chase after good projects to put money in, there might be an inflation of the value.

But on a secondary deal basis, there is less competition. These deals are normally heavily negotiated and customized. So, I would think there may be a higher possibility in getting a price that’s close to a fair-market value in these situations.

Q: So, would you consider the entry price as an advantage for your strategy?

A: To some extent, we do have certain advantages just because of the supply-and-demand dynamics that I just described.

Q: China’s IPO market has been on again and off again, driving many private equity funds to consider other exit routes besides an IPO. What are some other factors driving investors to consider doing a secondary deal?

A: The Chinese and Asian private equity industry is entering an era when the first batch of funds is coming to the end of their fund life. There are a large number of 2007 vintage funds coming into the seventh year of their fund life. Over the past 10 years, only less than 20% of invested deals were actually exited. So naturally, the need for exits is huge.

We feel that our investment cycle would lag that of primary investments for about five to seven years. There was a peak in 2007 and after 2009 for the primary investments, so we think we will see growing secondary opportunities in the next few years.

Q: Do you have any specific projections on how quickly it will grow?

A: We have over 5,000 deals that still need to exit. There is also a lot of capital raised that has not been put to work. So we expect the number of unexited deals will grow by at least 100% in the next two to three years. Of those deals, how much will become direct secondary deals will depend on how many people are doing the buy-side.

In the U.S., close to half of all private equity exits are through secondary transactions. But in China, it’s only around 7%, and that ratio will go up as well.

Q: If more private equity investments were exited through secondary deals, how would that impact average industry return?

A: I think it will make the industry much healthier. Where is the return if you can’t exit? We’ve heard a lot of limited partners (LPs) saying that general partners (GPs) are booking their assets at three times of book value. But LPs haven’t seen any money back. So more exits will enable managers to realize (concrete) returns.

Q: For a private equity fund manager who’s considering selling in a secondary transaction, what kind of valuation haircut should he be prepared for?