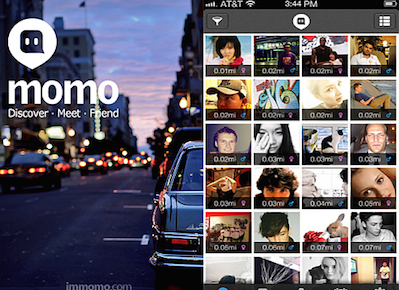 Beijing-based Chinese mobile social instant message app developer Momo Inc., backed by a long list of venture capital and private equity firms, has completed an IPO on the NASDAQ, raising a total of US$216 million, according to an updated securities filing.

Concurrent with the IPO, the company issued US$50 million and US$10 million worth of shares to existing shareholders, Alibaba Group Holdings Ltd. and Chinese Craigslist-like platform 58.com Inc., in a private placement deal.

According to the latest filing, Alibaba Investment Limited and a fund managed by Matrix Partners held 68.86 million and 65.97 million shares of Momo, or 20.7% and 19.9% of the company, respectively, before the IPO.

In 2013, the company completed series C funding, in which Matrix invested US$13 million, Alibaba and DST Global each put in another US$10 million.