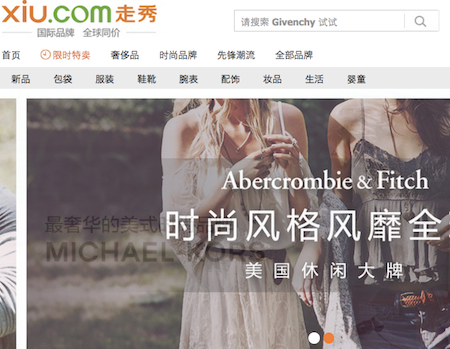 Shenzhen-based e-commerce platform Xiu.com has completed US$30 million series C round of financing led by Pacific Venture Partners, according to an announcement posted on the company’s official Weibo account.

Existing investor KPCB and the company’s founding team also participated in the round.

Xiu.com, which focuses on selling fashionable products to China’s middle-class consumers, plans to use the latest proceeds on strengthening its supply chains, promoting cross-border consumption, as well as preparing for the company’s initial public offering.

Founded in 2008, Xiu.com received an undisclosed investment from KPCB in March 2011. It received another round of financing worth US$100 million from Warburg Pincus in September that year, according to its website.