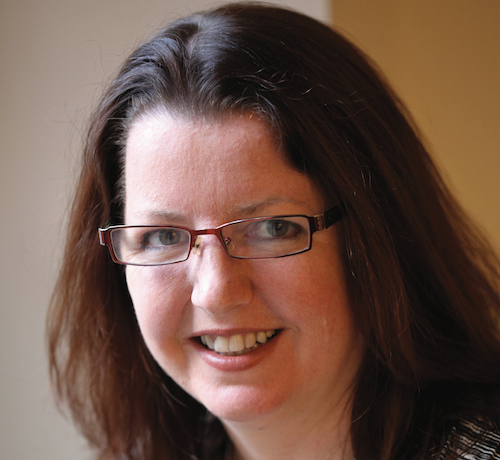 In this episode of China Money Network, guest Kathy Walsh, associate professor of finance at the Australian National University, spoke to our host Nina Xiang.

She explained why the Chinese currency has a greater chance than the Euro to form a dual-currency system alongside the U.S. dollar, and how the global network of offshore RMB centers will evolve.

Read an excerpt of the interview, but be sure to listen to the full interview in the audio podcast.

Q: Let’s first review the history of the RMB’s internationalization, what progress it has made so far?

A: When we look at the internationalization of the RMB, we consider both the current account (which records exports and imports of goods/services) and capital account (which includes foreign investment and loans, banking capital and movement of foreign exchange reserves).

The current account has been pretty much open since 2009 when China opened up invoicing and trade settlement in RMB. It has increased substantially over time.

We expected that capital account would be fully open in about ten years in a report we issued last year. Since that, things have sped up even faster. We now expect most of the capital control polices to be removed in about five to seven years from now.

Q: The RMB has become an important trade settlement currency already, now ranked as the fourth currency in global trade…

A: It was the fourth last month, but has dropped to the fifth this month. (The rankings) are very close at the moment.

For RMB trade settlement, take Australia for example, only about 1% of total bilateral trade between Australia and China are settled in RMB. But we expect it to expand to 20% by 2020.

But in Hong Kong and the greater ASEAN (The Association of Southeast Asian Nations) region, the proportion of RMB settlement is much higher.

Most of Australia’s trade with China is in commodities, which are traded and settled in U.S. dollars. Until you see a change in how those contracts are priced, it’s difficult to see an increase of RMB settlement in Australia-China trade.

However, we do expect commodities to be priced increasingly in RMB in the next three to five years. A lot of very liquid futures contracts on domestic Chinese commodities exchanges, such as the Dalian Commodity Exchange, are priced in RMB.

Once they are linked to offshore exchanges, it provides a benchmark that allows RMB settlement to take place. The increasing volume of Chinese local commodities exchanges is a clear indication that China is moving towards pricing commodities contracts in RMB.

Q: China has established a network of offshore RMB centers around the world. How will they evolve in the future?

A: There are currently 19 official RMB settlement banks around the world, which provide a kind of preferential treatment for RMB settlement (compared to places without such arrangement with China).

Many jurisdictions are vying to get a piece of the pie and carve out a niche for themselves. London is the biggest offshore RMB center outside Asia. Luxemburg is trying to position itself as an offshore RMB fund management hub, etc.

Q: Why is the U.S. not pushing to become an offshore RMB center?

A: It’s more of a geopolitical view. There are still RMB activities being conducted in the U.S., but officials there are much less positive about the Chinese currency. Their timeline (for RMB’s internationalization) is much longer, and their estimate of China’s economic impact globally is much smaller.

Obviously, if the Chinese currency rises and challenges the U.S. dollar, it will be to the detriment of the U.S. dollar. So in some way, it is a protectionist view.

Q: What will be the impact of the inclusion of the RMB in the International Monetary Fund’s SDR (Special Drawing Right) basket of currencies?

A: It is largely symbolic. No one trades the SDR. Central banks around the world will hold more RMB, but most central banks already hold a significant proportion of RMB already. The Reserve Bank of Australia already holds 5% RMB in its reserves.

China will likely be included in the MSCI Indexes and FTSE indexes over the coming years, but it will start at a low rate and slowly increase. That will also boost the usage of RMB internationally.

Q: Eventually, how important will the RMB become as a reserve currency?

A: Giving the size of the Chinese economy and its growth, its equities and bond markets, we will see the RMB as a reserve currency (globally).

For the RMB, it has more chance to form a dual-currency system alongside the U.S. dollar, but I don’t have a time frame on that.

Kathy Walsh is an associate professor of finance at the Australian National University. Her current research is on Chinese capital markets with a particular focus on the internationalization of the Chinese currency. She has over 20 years’ experience as an academic with prior positions at the University of New South Wales and Sydney University.