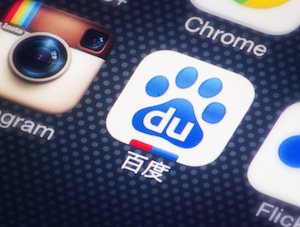 The move follows a reorganization in February when Baidu structured its businesses into three groups: mobile services, emerging businesses and search services.

Baidu has established many partnerships in the financial services sector lately, including a partnership with CITIC Bank, as well as joining Allianz SE and Hillhouse Capital to establish an insurance company.

Baidu is also pushing into the P2P (peer-to-peer) lending space in the education and travel sectors.

Baidu is a late comer to the Internet finance sector. Alibaba launched its Alipay Wallet mobile app in 2013, and established a financial services arm, Ant Financial, in 2014.

Tencent Holdings Ltd., on the other hand, has 200 million activated credit card users bundled to its Wechat app, according to its third quarter results.

Another business Baidu is pushing aggressively is self-driving cars. It said yesterday that it aims to put self-driving buses on the road in China in three years, after announcing successful test drives in Beijing last week.

Baidu has struck a partnership with BMW AG to develop an autonomous passenger vehicle, which may be put into mass production within five years.

Alibaba Group Holding Ltd. said earlier that it would launch its first autonomous car in a partnership with China’s SAIC Motor Corp.