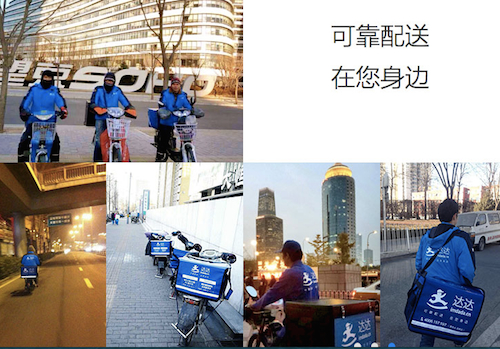 Shanghai-based Dada, a Uber-like mobile app that focuses on providing last mile logistics services, has completed US$300 million series D round of financing from DST Global, Sequoia Capital and other unnamed investors, according to Chinese media reports.

Launched in 2014, Dada operates through Imdada.cn and is valued at over US$1 billion after the completion of the latest round.

In June 2015, it received an undisclosed series C round led by DST Global, with participation from Sequoia Capital and Greenwoods Investment Management.