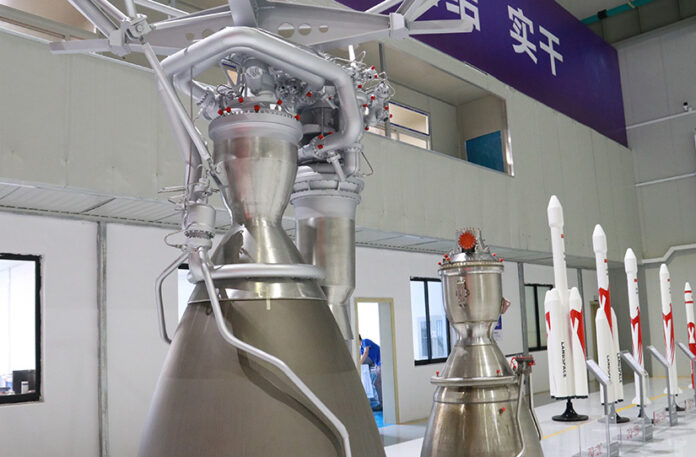 This round of financing was jointly led by Sequoia Capital China Fund, Country Garden Venture Capital, Matrix Partners China, and a unit of Stone VC.

This round of financing will be mainly used to guarantee the development of the "Zhuque 2″ series of liquid carrier rocket products. At the same time, the company’s unique medium and large liquid oxygen methane rocket development and batch production capacity will be built.

In terms of the market, LandSpace aims at the mass launch market for the rapid networking of low-orbit satellites in the future, and in response to the needs of this market, it adheres to the liquid oxygen methane product line and provides high-tech barriers, high reliability, and low-cost medium and large-scale Liquid rocket launch service.

Focusing on commercial rocket products, LandSapce has gradually established a full chain capability of "design-development-production-test-launch", with R&D centers in Beijing and Xi’an, and an intelligent manufacturing base in Huzhou, Zhejiang province.

As of the end of August 2020, the company has successfully completed a number of full-system hot test runs for the "Tianque" 80-ton and 10-ton two-type engines, and the "Zhuque-2″ liquid carrier rocket has also completed a number of important ground tests with each sub-system The components have been delivered one after another. According to reports, the rocket is expected to complete the assembly and testing of the entire rocket next year, and launch it at an opportunity.

It is reported that in the past 12 months, LandSapce has received more than RMB1.8 billion yuan in investment.

After nearly five years of development, although China’s s private commercial aerospace market is still in its infancy, it is gradually moving towards the fast track of development: policy guidance is becoming clearer, management’s market awareness is becoming more mature, capital investment is greater, and market resources are beginning to shift.

In the private commercial rocket segment, market leaders LandSapce and i-Space have both recently announced more than RMB1.2 billion yuan in financing, and there are about 15 participating investors for each financing round.