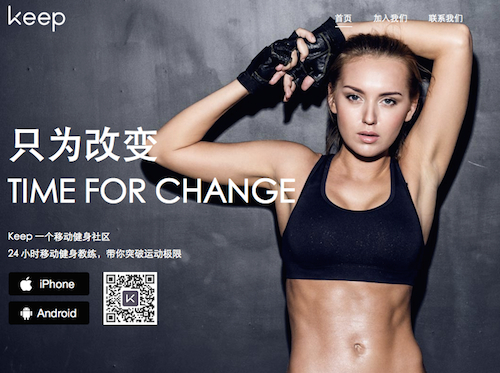 Tencent Holdings Ltd. has led an undisclosed series C+ round in KEEP, a Chinese workout mobile app operator, according to Chinese media reports.

The round came three months after the start-up raised US$32 million in a series C round led by Morningside Ventures and GGV Capital in May, with participation from Bertelsmann Asia Investments.

In May, a sports investment fund co-established by Focus Media and FountainVest Partners led a US$50 million series C round in Codoon, another Chinese sports and wellness service provider integrating mobile apps and wearables.