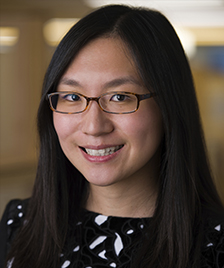 The promotions will be effective as of January 1, 2017.

"Erin has been an exceptional investment professional and key member of our China team. We look forward to her leadership as we continue to develop our healthcare and consumer sectors in China," said Bill Ford, CEO of General Atlantic.

Chang joined General Atlantic in 2007 and concentrates on investments in the healthcare, retail and consumer sectors.

During her time at General Atlantic, she has been involved in the firm’s investments in Ocean Link, Xiabu Xiabu, Tenfu, Sun Art Retail Group, and ZhongSheng Group, and provided support during the Tory Burch investment process.

Prior to joining General Atlantic, Chang was a business analyst on the corporate finance team for McKinsey & Company, based in the firm’s Hong Kong office.

She earned a graduate degree from The Chinese University of Hong Kong.