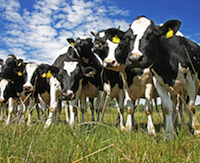 Hohhot, Inner Mongolia-headquarted China Mengniu became the largest shareholder of Modern Dairy in 2013 after buying a 27% stake from KKR & Co. and CDH Investments in 2013.

The Chinese dairy product company increased its stakes in Modern Dairy to 39.9% from 25.4% after paying HK$1.87 billion (US$241 million) for more shares from CDH and KKR yesterday, according to a securities filing.

China Mengniu then said that it would make offer to acquire the remaining shares of Modern Dairy at HK$1.94 apiece. Any shareholder with a 30% stake or more in a company is obligated to make the offer, according to Hong Kong corporate rules. The price is the same with the transaction yesterday and represents a 7% premium to their Wednesday close.

China Mengniu expects to further increase its stake in Modern Dairy to 91% by buying shares worth HK$6.4 billion (US$826 million).

Following the completion of the deal, Modern Dairy will remain listed in Hong Kong because some shareholders, including company chief Lina Gao, would not take the offer to sell their shares.

China Mengniu said it would fund the purchase through internal resources and external debt facilities.

The deal will enhance the business collaboration and will ensure the continuity of high quality and safe raw milk supply to Mengniu Group, the filing said.

Since 2013, Modern Dairy has been the largest raw milk supplier to Mengniu, operating dozens of large-scale dairy farms across China with a geographic footprint closely aligned with Mengniu’s processing facilities.