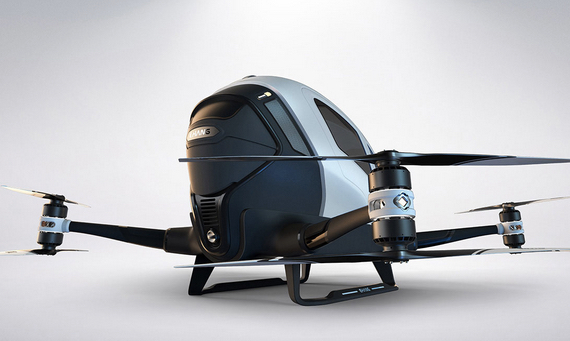 The Ehang 184 will be operating with regular schedules as a drone taxi in the city in a trial program, said Mattar Al Tayer, chairman of Dubai’s Road and Transport Authority.

Ehang 184 can carry one passenger weighing up to 117 kilograms along with a small suitcase. Passengers can simply put in their destination on a touch-screen pad in front of their seat, and the drone will fly there automatically with remote monitor located on the ground. The drone’s battery allows a half-hour flying time and a range of up to 50 kilometers.

Ehang was founded in 2014 and has operations in California, Düsseldorf, Beijing and Shanghai. It has three products include Ghostdrone 2.0, a drone fully controlled by smartphone, Ehang Falcon, a commercial drone, and Ehang 184. Last year, it reached a 15-year joint development agreement with U.S.-based Lung Biotechnology, which plans to purchase 1,000 Ehang 184 drones to deliver artificial organs.

Mattar Al Tayer said earlier that Dubai is building a smart city. In 2009, Dubai launched a driverless metro rail network, and had a month-long trial of a driverless car EZ10, made by French company EasyMile in September last year.

Sheikh Mohammed bin Rashid Al Maktoum, vice president and prime minister of the United Arab Emirates, announced in April 2016 that he wanted 25% of all passenger journeys in Dubai to be carried out in autonomous vehicles by 2030.