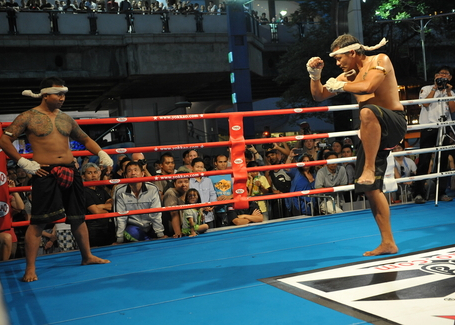 The fund has completed a first closing, the companies said today, but did not disclose any financial details.

The vehicle has already led a series A financing round for Chinese boxing event operator and video platform Beijing Wanmingyang Media. It also invested in a Chinese eSports game operator, Hero Sports.

In 2014, the Chinese sports sector contributed 0.6% to the country’s GDP, much lower than the global average of 2.1% and 2.9% in the U.S., according to the companies’ announcements.

China’s State Council projected in 2014 that the country’s sports sector will grow to reach over RMB5 trillion (US$724 billion) in market size by 2025.

The establishment of the investment vehicle is to capitalize on the massive growth potential of the sports sector in China by consolidating global premier sports assets and expanding in the Chinese market, says the announcement.

"We are happy to team up with Li Ruigang-led CMC Holdings to establish a sports-focused investment fund," said Neil Shen, managing partner at Sequoia Capital. "We will utilize the same investment concept to participate in the consumer upgrade trend in sports and help support the growth of sports in China."

In 2014, China had 380 million people who participated in sports activities. The rise of the young consumers are leading growth in sports consumption, including gym memberships, sports event participation and sports media consumption.