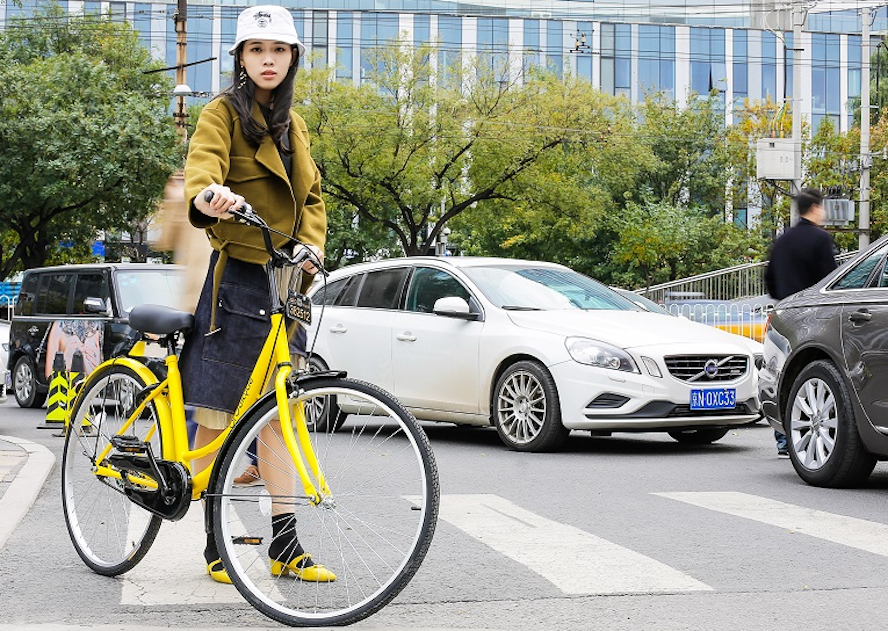 What do you do when your closest rival raises a record financing round? Complete a larger fundraising and set a new record, of course.

Existing investors Didi Chuxing and DST Global also participated in the series E round. In an announcement, ofo said that it is now the highest valued bike sharing company in the world, without disclosing how much it is currently valued at. The company had reportedly been seeking a valuation of about US$3 billion in its latest funding round.

The intense rivalry between the two bike rental firms is starting to look increasingly like a battle between two of China’s largest tech firms: Alibaba and Tencent, which have led the most recent massive rounds. Bot Ofo and Mobike’s new rounds, totaling US$1.3 billion, were mostly from their existing investors with very little fresh capital from new investors.

Billions For Bikes: A Short History Of Funding Rounds 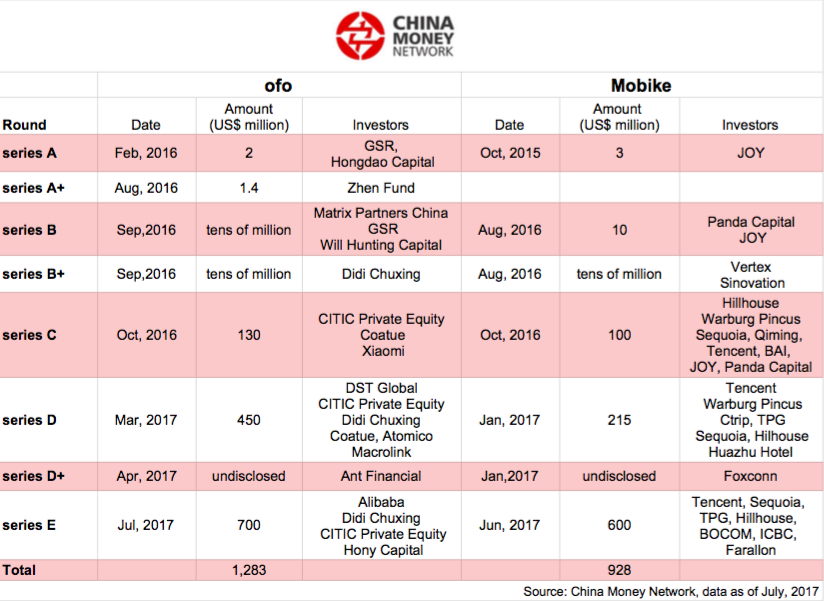 The massive financing rounds and extraordinary valuations for such young start-ups – ofo was founded in 2014 while Mobike launched in 2015 – have led observers to question whether bike sharing operators can fulfill their investors’ lofty expectations. Some also wonder if the two companies will eventually merge, similarly to ride-hailing services Didi Dache and Kuaidi Dache, as well as Didi Chuxing and Uber China.

But current events point to a lasting, and possibly even more aggressive tug of war. Besides raising a tonne of money, both ofo and Mobike have recently launched ambitious global expansion campaigns.