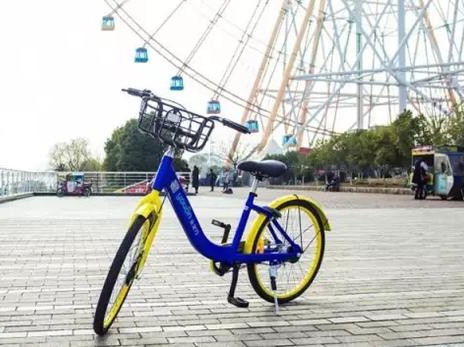 Chinese bike rental firm Youon Bike which is listed on the Shanghai Stock Exchange, has agreed to merge with rival Hellobike in order to better compete against industry giants ofo and Mobike.

It marks the first merger deal in China’s hyper-competitive bike sharing industry. This June, Mobike was reported to be acquiring a smaller peer, Xiamen city-based UniBike, to expand its user base across university campuses. Mobike later denied the reports without providing details.

Once the merger is completed, Hellobike will cooperate with Youon, and its investor Ant Financial, a financial services affiliate of Alibaba Group Holding Ltd., in the fields of bike sharing, electric bike sharing and car sharing.

While no details were released about the post-merger structure of the companies, Yang Lei, founder of Hellobike, reportedly said in an internal letter, "After the merger, the new company’s business will be managed by Hellobike’s team, and we will get more resources to develop."

While the stated purpose of the merger is to compete against the two industry leaders, it is unlikely that the deal will threaten Mobike and ofo’s domination of the market. As of the end of the first quarter of this year, the two leading players in the sector Mobike and ofo held market shares of 56% and 30% respectively, while other smaller start-ups like Hellobike, Bluegogo and UniBike only has market shares of around 1%, according to Sootoo.

"A number of merger deals will happen between second-tier players (in the bike sharing industry), but it is not so meaningful as it will not change the overall situation. It will not lead to an improvement of the companies’ financial situation either," Tang Xin, an independent Internet analysis, told local media.

Youon started in 2010 as an operator of government-funded bike rental schemes in small cities and towns across the country. It entered the GPS-enabled bike sharing market during the second half of 2016, and in August completed an initial public offering , the first stock market listing by any Chinese bike sharing company.

Hellobike focuses on mid-size cities across China. This July, it received an undisclosed amount of money from WM Motor, a Chinese electric vehicle start-up. Two months prior, it raised hundreds of millions of RMB in a series B round led by Chengwei Capital and GGV Capital.