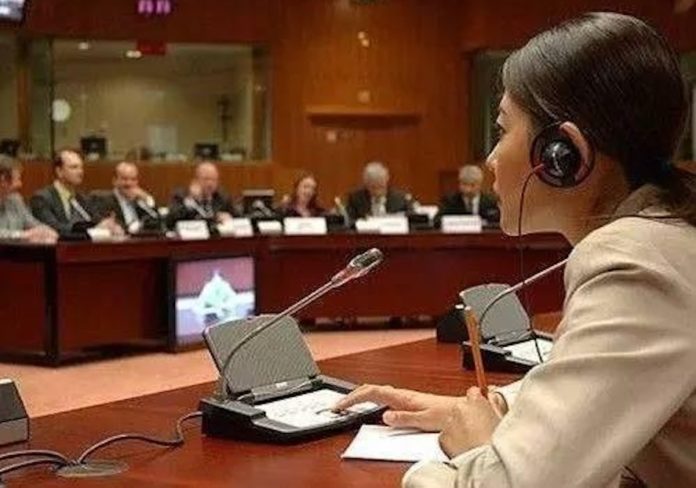 Zhang Wei is a simultaneous interpreter frequently providing real-time interpretation services to international conferences in China. In at least two occasions lately, he had to translate something relating directly to his own profession. That is, speakers would say "if I had brought our company’s machine translation products here today, we would not have needed simultaneous interpreters in this room."

"The first time when I had to translate something like this, I felt very angry," Zhang told Chinese media outlet PingWest. "But as my profession requires, I needed to be objective and I interpreted it still. But my partner and I looked at each other with great discomfort."

What left unsaid is that Zhang and thousands of simultaneous interpreters in China increasingly feel like they are under attack, as if they are some kind of public enemy. Replacing them suddenly becomes a grand victory of technology and a symbol of human ingenuity that always brings a roomful of conference attendees to applaud.

The post was written by a simultaneous interpreter Bell Wang, who said that iFlytek labelled transcribed texts based on his real-time interpretation as provided all by iFlytek, leading the audience to believe that iFlytek’s products have recognized the original voice, translated it and transcribed the text all on its own.

The A share-listed iFlytek later responded that it never said that iFlytek’s simultaneous interpretation products can complete all the tasks, and its products are always based on "man-machine cooperation."

What the public relations folly reflected is a deeper under-estimation of the psychological implications when machines takes over more human jobs. Many simultaneous interpreters, who were deemed as high income and highly respected professionals not long ago, felt AI companies lack "basic respect" toward them.

The machine translation and voice recognition companies are too eager to show off their technology, even when the technology is still immature. As the companies want to demonstrate that they have superior technology than competitors, they sometimes take questionable measures to create that impression.

Many simultaneous interpreters told the Chines media outlet that AI companies often put company logos on translated texts or voice based on their work, without ever acknowledging their contribution. This leads to public misunderstanding that machines can now do something much better than humans, when in fact these products are still years away from providing services comparable to humans.

In April, Tencent’s machine translation product, Fanyijun (Mr. Translation), made a high-profile debut at the Boao Asia Forum in Hainan island. The product claimed to be the "first full service AI-based simultaneous interpretation product". But during the few days of the conference, it exhibited so many mistakes that for most of the time, it was impossible to understand its interpretation. 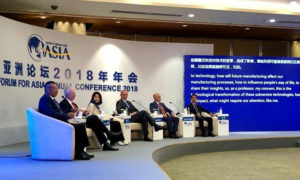 "Suddenly machine translation is what everyone is talking able, but nobody has seen what it can really do or if it is superior to humans," said Xiao L, a simultaneous interpreter. "Without even the most basic comparison, we human interpreters are all of a sudden worthless. This feels very bad."

Logically, machine translation technology will gradually improve, as it has in the past decades. Most interpreters recognize that it is likely that these repetitive jobs will be done mostly by machines in the future.

But before then, humans perhaps need to be more sensitive and show more respect to those who are doing these vanishing jobs on their last human shift.