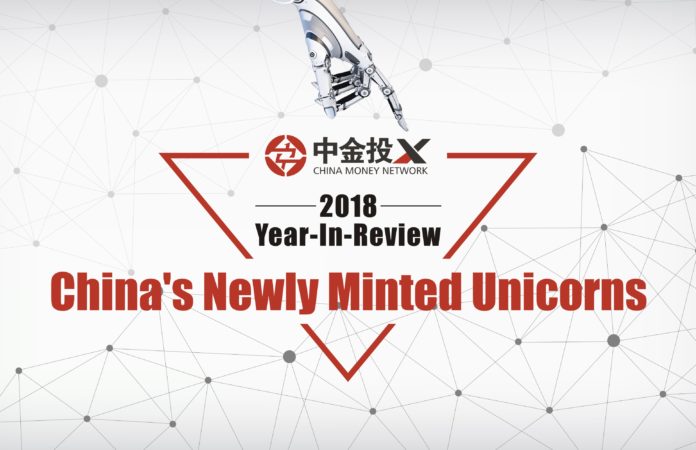 China continued to be a breeding hotbed for tech unicorns in 2018, with 25 private companies receiving a valuation of US$1 billion or more for the first time. The 2018 vintage unicorns boast a total valuation of US$58.05 billion, China Money Network‘s data shows.

The total number of Chinese unicorns represents a modest increase over the 22 in 2017, but is still a slowdown over 2016 and 2015, which saw 33 and 31 new Chinese unicorns, respectively.

China produced the second largest number of new unicorn this year globally, as the United States grew a bumper crop of unicorns this year: Around 37 start-ups worth at least US$1 billion originated in America, out of 79 new unicorns start-ups worldwide-up in 2018, according to the research institute PitchBook.

As of December 2018, China has accounted for more than a third of the total new unicorns worldwide, and 22% in terms of valuation, China Money Network‘s data shows.

And who is funding all these new unicorns? Sequoia Capital China has become the investment institution involved with the most unicorns, followed by Internet giant Tencent,and IDG Capital. 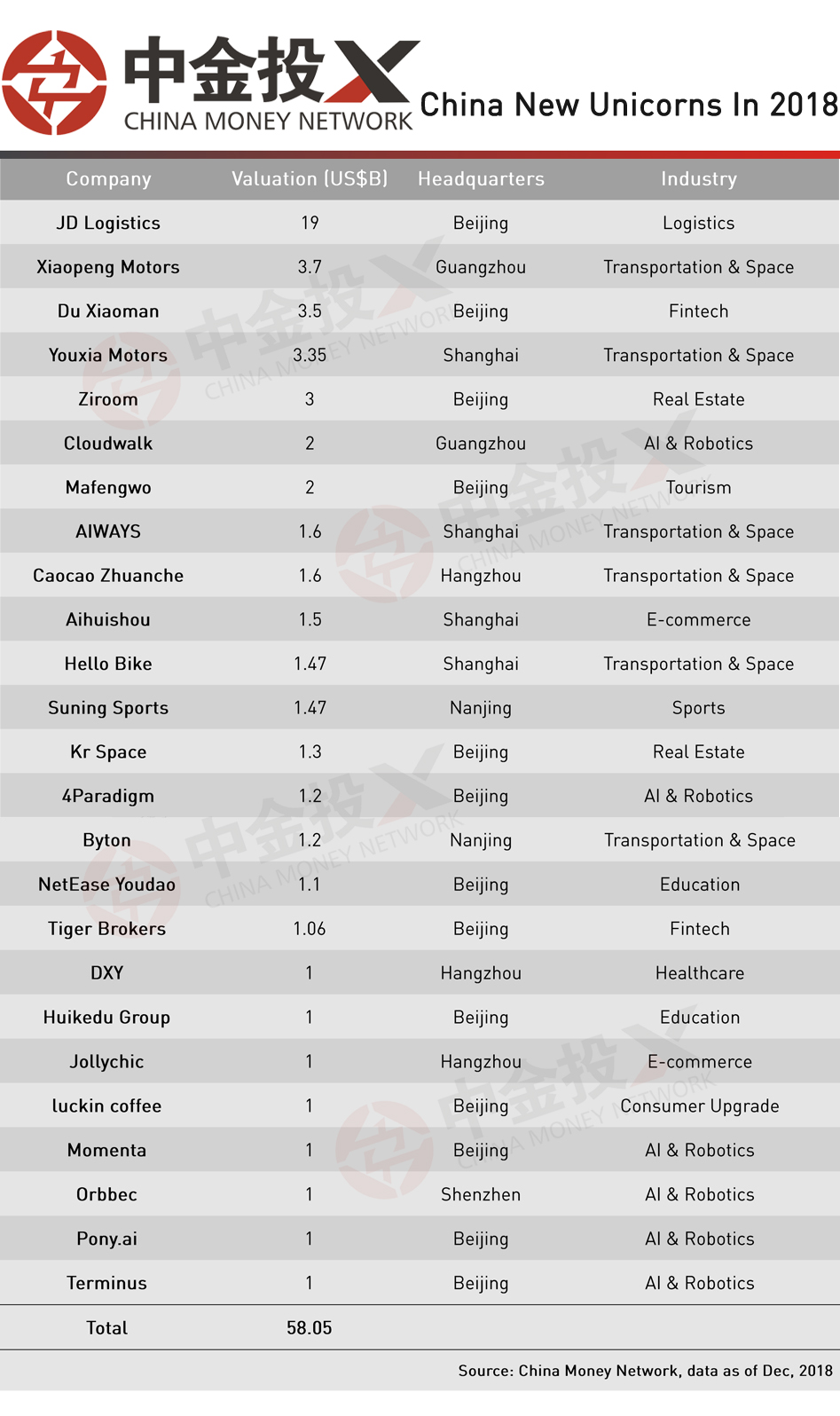 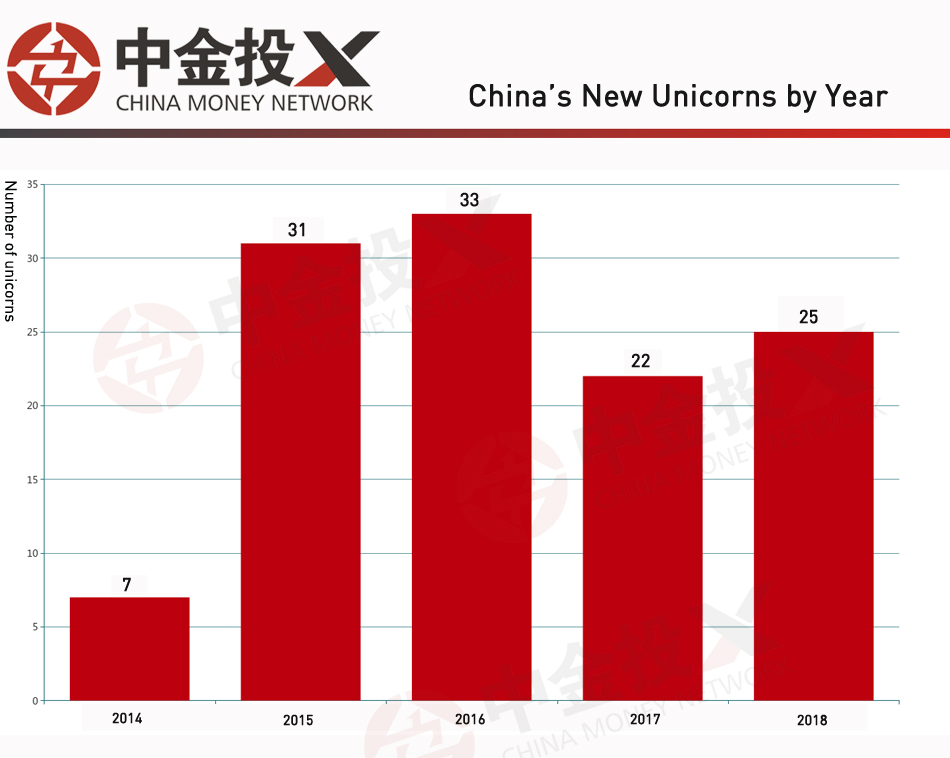 The highest valued Chinese unicorn born this year is JD Logistics, the logistic service unit of Chinese e-commerce giant JD.com, which is valued at US$19 billion.

It is followed by Xiaopeng Motors, the Guangzhou-based electric car start-up backed by Alibaba Group Holding, and Baidu’s fintech arm Du Xiaoman, valued at US$3.7 billion and US$3.5 billion, respectively.

Another Shanghai-based electric vehicle maker, NIO, became a unicorn last year, valued at US$2.8 billion at the time. 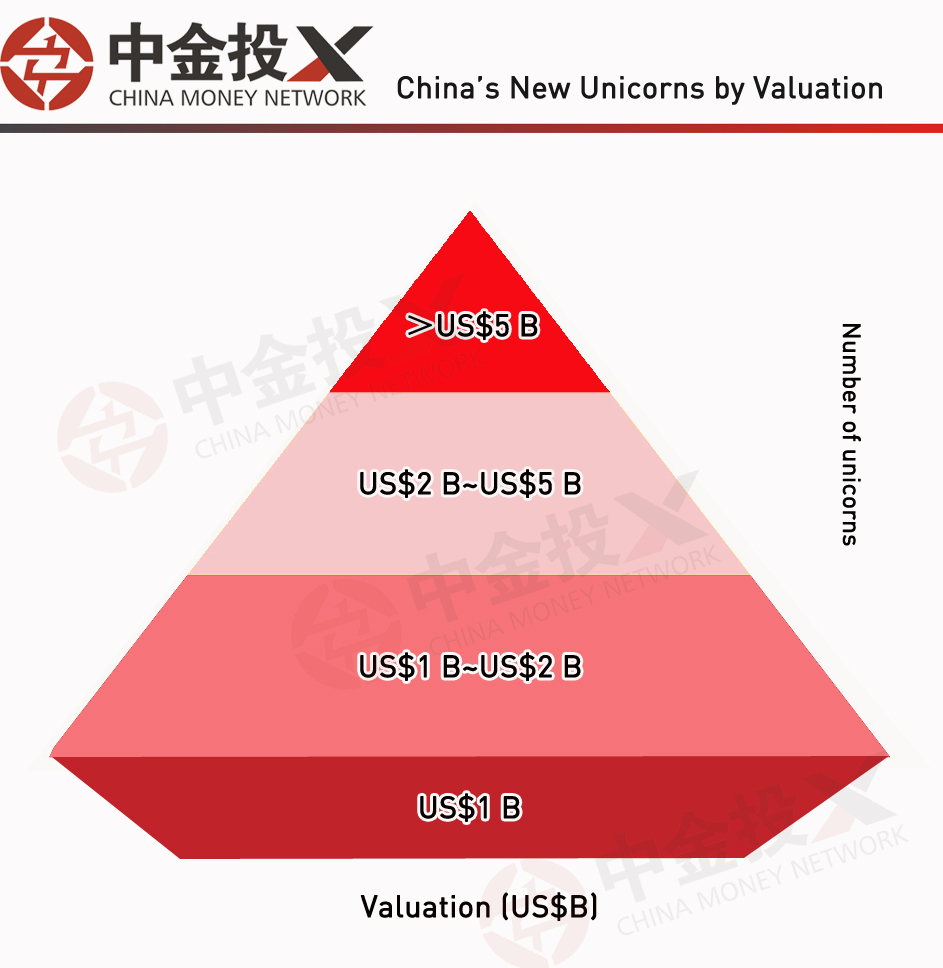 In terms of industry, transportation & space, and AI & robotics are the top sectors giving birth to the most unicorns, each producing six new unicorns this year. In third place is the retail & consumer industry. The rise of financial technology, online education, electric vehicle start-ups, healthcare and video streaming are also noteworthy. 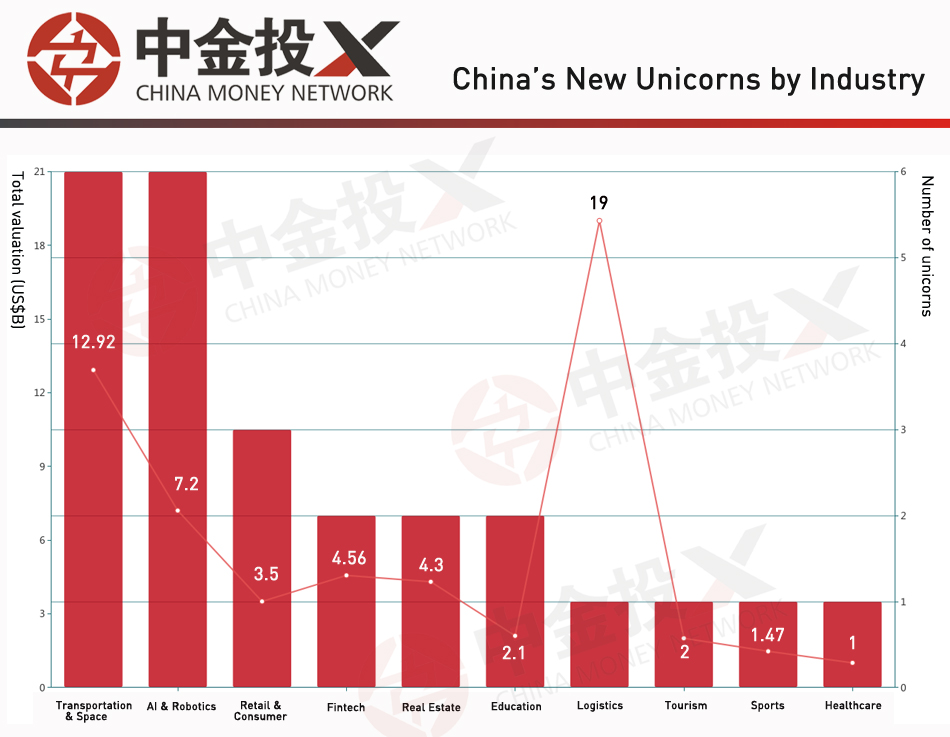 Beijing led China with 13 new unicorns this year, with a total valuation of US$37.16 billion. It is followed by Shanghai and Hangzhou, which were the founding places of four and three unicorns, respectively. 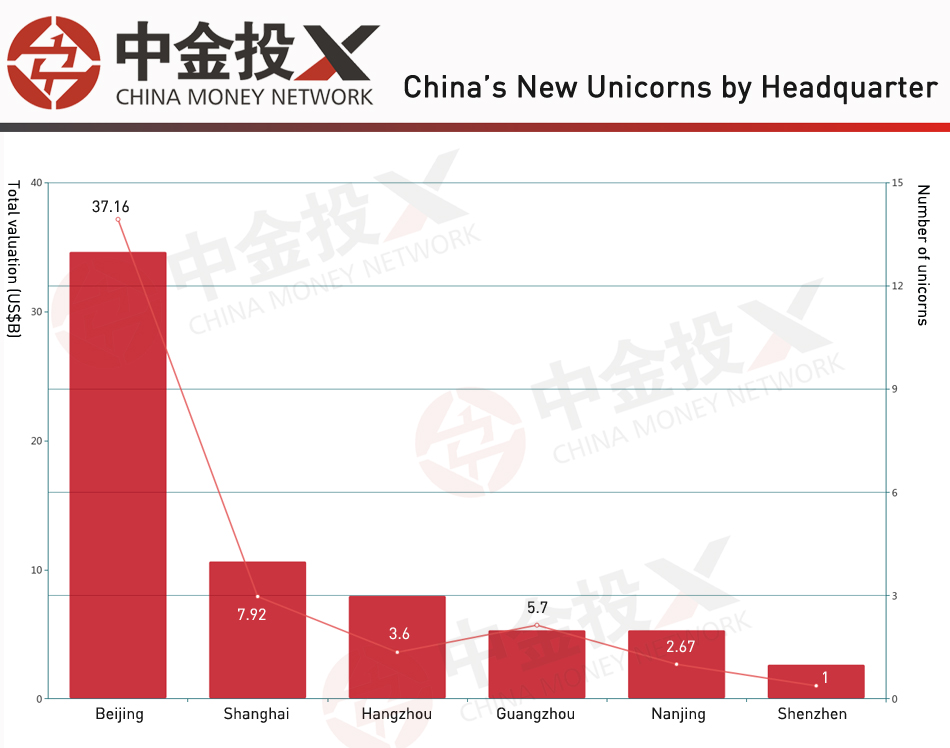 Younger, new enterprises funded by venture capitalists tend to emerge on the unicorn list. For example, electric automobile maker AIWAYS was established only one year ago, and Shanghai-based bike sharing company Hello Bike has only been around for two years.

It’s also noteworthy that several companies have "fallen" from unicorn status in 2018, which China Money Network has tracked throughout the year.

Chinese bike-sharing pioneer ofo was removed from China Money Network’s China Unicorn Ranking due to cash flow pressure weighed from a shortage of financing and impending deposit refunds. Angry users have been seen waiting in line in front of the company’s headquarters in Beijing for few days in December 2018, while the company has been at its wits end.

Several technology unicorns that are yet to achieve large-scale profitability will be pressured to find new methods for funding, such as going public, or else struggle to survive through the capital winter that came on in the second half of 2018.