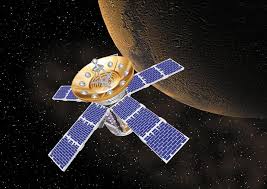 The company has kept the investors in the round undisclosed. Earlier this week, the Jilin-based company successfully launched two commercial remote sensing satellites, Spectrum 01 and Spectrum 02, for environmental monitoring.

Its Spectrum 01 will be tasked with protecting forests from space, by conducting forest structure analysis, providing forest fire warnings, pest and disease identification and desertification prevention. For marine ecological monitoring, the company launched Spectrum 02 to follow the same predetermined orbit as Jilin-1, a high-resolution video satellite launched by the firm in 2017.

Founded in 2014, the company focuses on the development and manufacturing of commercial remote sensing satellites. Registered with an amount of RMB1.83 billion (US$270 million), the company is composed of stakeholders from private companies, the CIOMP of the Chinese Academy of Sciences and the Jilin Provincial Government.

Currently, Chang Guang has launched 12 satellites in total to form a constellation in the universe, and aims to dispatch 60 satellites into orbit in the galaxy by 2020.

China’s space sector had an estimated size of more than US$16 billion in 2018, with the downstream market accounting for just over 85%, according to Euroconsult’s report.

With the satellite business open to the private enterprises, China’s state-owned giants have focused on grander ambitions, such as China’s space station, the Chang’e Moon mission, and eventually human missions to the Moon and Mars.