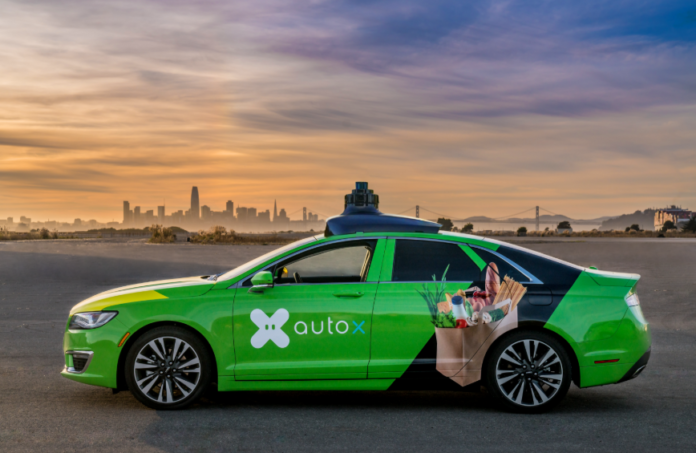 Hong Kong-based autonomous driving start-up AutoX announced on Wednesday that it has raised a series A3 round of financing led by Chinese state-owned automobile manufacturer Dongfeng Motor to realize the mass production of its level 4 self-driving solutions.

The new round, worth tens of millions of U.S. dollars, was closed a few months ago to help AutoX mass produce its level 4 self-driving solutions for commercial vehicles. The company is in talks with investors to raise at least US$100 million in a new funding round, which will be used to recruit more talent, finance its research and development, and enter the mainland Chinese market starting from Shenzhen, said AutoX cited by Chinese tech-focused online publication 36Kr.

The investment came after AutoX piloted autonomous grocery delivery services in San Jose, California, in August 2018. In December 2018, the company received its first license to test-drive self-driving cars in China. The company already sealed partnerships with carmakers including SAIC Motor and Dongfeng Motor as an autonomous driving technology provider.

AutoX was founded in September 2016 by Xiao Jianxiong, a former assistant professor of Princeton University also known as "Professor X." The company is seeking to transfer itself into a common platform of autonomous driving solutions where carmakers can adopt its software and hardware solutions like the way computers apply the Windows computer operating system, said Xiao in the 36Kr report.

AutoX partnered with Chinese automaker BYD in late March to debut Qin Pro, a vehicle platform specifically designed to integrate with autonomous driving systems. The company claimed that the electric sedan can be enabled with autonomous driving capability by AutoX’s technologies within a day, making the process more economical and fast for future mass adoption.

With offices in both China and the United States, AutoX recently moved its headquarter from Silicon Valley to Hong Kong. In late January 2019, the company also set up a research and development center at the Nanshan district in Shenzhen.