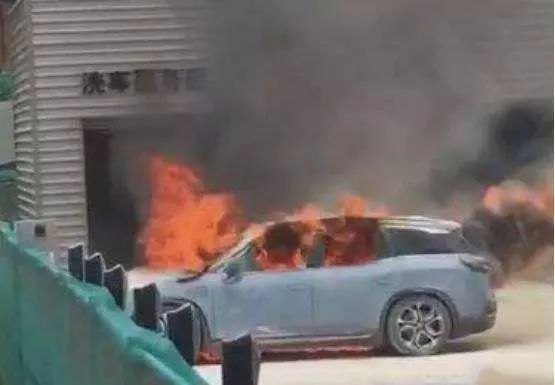 Chinese electric vehicle start-up NIO is starting another round of layoff as its car sales have plummeted. Due to challenges of car quality, recalls, and dwindling sales, NIO will lay off 1,200 staff by the end of September. After that, its total number of employees will be around 7,500, Li Bin, founder, chairman and CEO of NIO, said in an internal email.

Li Bin said that from this year on, in order to ensure the company’s sustainable development, they must adjust their mindset and plans timely, control costs, improve operational efficiency, and put all the energy into core business. He revealed that he has clarified the organizational structure with department leaders in the past few weeks and made up the layoff decision, in order to ensure the company’s operational efficiency.

Since April, NIO vehicles have experienced frequent spontaneous combustion incidents. Shortly after the Ministry of Industry and Information Technology issued the "Notice on Conducting the Investigation of Safety Hazards of New Energy Vehicles" in June, NIO took the initiative to file a recall plan.

This is already the second round of layoff confirmed by NIO this year. Earlier in March, Li Bin issued an internal email acknowledging that there was some personnel redundancy during rapid development in the past. The company planned a 3% layoff in the first half of the year to control the total number of employees within 9,500.

NIO is facing a series of problems. According to the financial report, the company has lost RMB17.23 billion (US$2.43 billion) in the past three years. After the plan of building its own factory shelved, the company faced huge financial pressure and chose to sell the electric formula fleet to gain time.

NIO’s share price also continued to fall since its listing last year, due to the demand crisis and several negative events such as spontaneous combustion of batteries