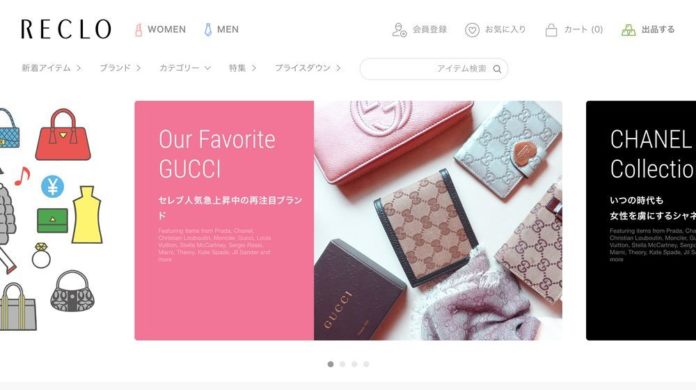 CITIC Capital, the flagship investment arm of Chinese financial conglomerate CITIC group, has participated in a JPY3.6 billion (US$34.02 million) new funding round in Reclo, a Japanese online re-selling platform for luxury brands.

Tokyo-based Active Sonar, the operator of the e-commerce platform, confirmed in a statement released on its website last week that the investment came from CITIC Capital, Japanese venture capital firm SBI Investment, and SBI Securities, with loans from Japanese mega bank Mizuho Bank.

Reclo enables owners of luxury brands to have their items valued and priced by experienced appraisers before reselling them on the platform. Second-hand branded products sold on the Reclo platform include clothes, bags, watches, accessories and jewellery, which could be priced as low as 10% of the original price.

The platform also handles other processes including selling the item online, receiving payments, and shipping to the buyer. Customers only need to send the item to the platform for authentication and valuation. They are also allowed to have the item back for free if they are not satisfied with the assessment.

The investment came as Reclo is seeking to further expand in China, where consumers living at home and abroad spent RMB770 billion (US$107.46 billion) on luxury items in 2018 — equivalent to one third of the global spend, according to a McKinsey & Company report.

The company launched a Chinese e-commerce version in October 2016, and established a local subsidiary in Shanghai in 2018 when its China sales accounted for about 70% of its total overseas sales.

The start-up has so far raised a total of US$35.8 million in three funding rounds, according to Crunchbase. Previously, Reclo closed about US$2 million in a venture round in December 2014.

CITIC Capital, one of the investors in the round, announced in August the final closing of its USD-denominated fourth China buyout fund — which is also its largest private equity fund — at US$2.8 billion.