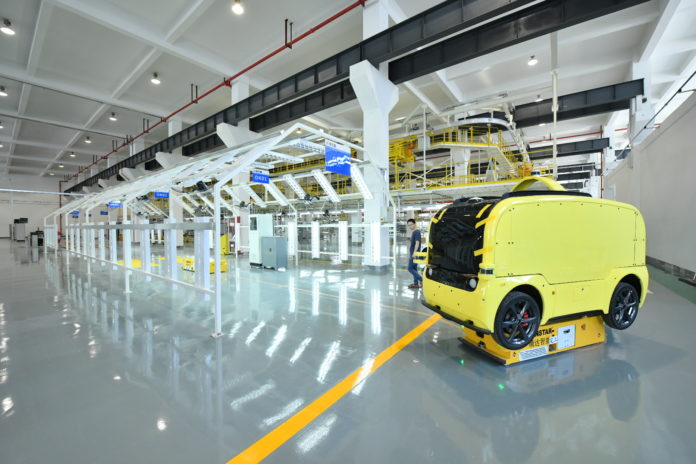 Although China’s manufacturing industry has made great achievements, the situation of being big but not strong has not been fundamentally changed.

He said that in recent years, the risks of China’s “chock points” being subject to external pressure campaign have increased significantly. The country needs to maintain strategic sobriety, deeply understand the gaps and deficiencies, and make greater efforts to promote the high-quality development of the manufacturing industry.

"In the global manufacturing landscape with four camps, China is still in the third camp (near bottom fourth camp) ranked by manufacturing strength, and it will take at least 30 years to achieve the goal of becoming a true manufacturing power," Miao Wei predicted.

In December 2020, the Chinese Academy of Engineering released the "2020 China Manufacturing Power Development Index Report" and pointed out that from the perspective of manufacturing core competitiveness, the United States is significantly higher than other countries and is in the first camp.

Germany and Japan have obvious comparative advantages and are in the second camp. China, South Korea, France, and the United Kingdom are in the third camp. Countries such as India and Brazil are in the fourth camp. According to the report, although China’s manufacturing industry is large in scale, quality and efficiency are still weak, and labor productivity gaps are obvious.

Miao Wei believes that, at present, China’s manufacturing industry’s share of GDP has fallen prematurely and too rapidly, which will not only drag down the current economic growth, affect urban employment, but also bring potential industrial safety hazards, weakening China’s economic anti-risk capabilities and international competition.

He made four suggestions on how to promote the high-quality development of the manufacturing industry.

First of all, China must further emphasize the strategic position and role of the manufacturing industry. Miao Wei mentioned that China’s complete manufacturing system has played an important role in the fight against the covid pandemic, once again proving the importance of manufacturing to the development and security of major countries.

He said that this has caused serious troubles to the development of China’s manufacturing industry. It is necessary to learn historical lessons, maintain the basic stability of the manufacturing industry, protect China’s most complete industrial system, enhance the independent controllability of the industrial chain and supply chain, and protect family property saved for decades.

Second, he believes that it is necessary to accelerate market-oriented reforms. At present, the mechanism of fair competition among enterprises is not perfect. Some hidden market access restrictions still exist. Prices of energy, land, and environmental protection cannot fully reflect market supply and demand and the degree of scarcity of resources.

Third, China’s manufacturing industry is not strong in innovation. The key is that the issue of technology and industry has not been resolved. Miao Wei believes it is because the allocation of innovative resources is repeatedly scattered, closed and inefficient, and there are structural defects in the supply system of key common technologies in the industry.

Fourth, although China is rich in labor resources, there is a large talent gap in emerging industries and interdisciplinary frontier fields. The proportion of innovative, highly skilled and high-quality talents is obviously low, which restricts the high-quality development of the manufacturing industry.

Miao Wei suggested that China should thoroughly implement the education foundation plan, cultivate talents in the fields of science, technology, engineering, and mathematics (STEM), and penetrate the growth channels and development paths of “skilled workers, skilled talents, highly skilled talents, and craftsmen from major countries”, so that they can be employed in the industry.