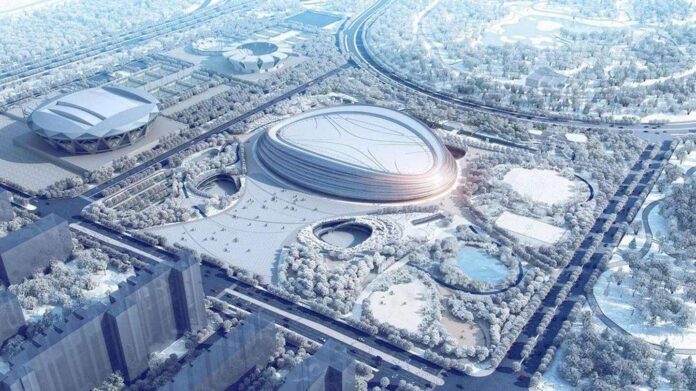 The Information Office of the State Council held a press conference today to introduce the green winter Olympics and sustainable development work of the Beijing Winter Olympics and Paralympic Games. Li Sen, director of the Overall Planning Department of the Beijing Winter Olympics Organizing Committee, introduced that low-carbon management is strictly implemented. Make full use of the venues of the Beijing 2008 Olympic Games, reduce carbon emissions from the source, and build low-carbon venues, all venues have reached green building standards, four ice venues use new carbon dioxide refrigerants, build more than 50,000 square meters of ultra-low energy consumption demonstration projects, fully use low-carbon energy, and use 100% of the conventional energy of all venues during the game.

Loongson’s first LoongArch Ecological Innovation Conference was held online, at which products or solutions based on Loongson’s autonomous instruction set were released and Loongson ecological white papers were released. Loongson officially launched the LoongArch independent instruction set with completely independent intellectual property rights in 2021, and listed a new generation of 3A5000/3C5000L chips based on this instruction set. Loongson said the company is actively promoting the establishment of a LoongArch branch in the upstream open source community and has made positive progress.

China Gragon Securities: Under policy empowerment, the accelerated development of robots can be expected

China Gragon Securities believes that the proportion of China’s labor force population in the total population is decreasing year by year, the continuous contraction of the supply of age-appropriate labor force has led to the gradual disappearance of the demographic dividend, the cost of manufacturing labor has risen year by year, and machine substitution has become an inevitable trend. On December 28, 2021, the Ministry of Industry and Information Technology and other 15 departments jointly issued the 14th Five-Year Plan Robot Industry Development Plan, which pointed out that during the 14th Five-Year Plan period, a number of robot core technologies and high-end products will be promoted to make breakthroughs. Under the background of policy empowerment, the accelerated development of robots can be expected. Recommended attention: Raycus, Han’s Laser, Leaderdrive, Inovance, Estun.

Chinese semiconductor quantum computing has achieved new progress. Academician Guo Guangcan’s team of the University of Science and Technology of China cooperated with researchers from the United States and Australia, and Origin Quantum to achieve ultra-fast manipulation of silicon-based spin qubits, with a spin flip rate of more than 540MHz – the highest value reported in the world. The research paper was published on January 11 in the journal Nature Communications.