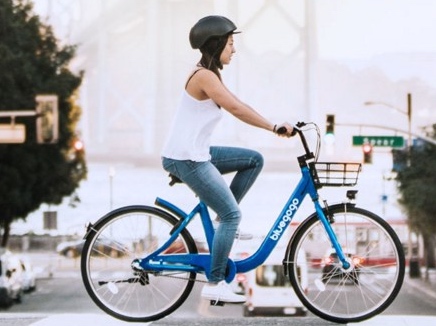 China’s fractured bike sharing industry just became more complex as car ride sharing giant Didi Chuxing announced the launch of a comprehensive bike-sharing platform. Under the plan, Didi’s car sharing app will integrate the services of Bluegogo, as well as bike sharing giant ofo and potentially other bike-sharing partners. It will also include a DiDi branded bike-sharing service, which is under development.

The announcement is made after rumors about Didi was acquiring collapsing start-up Bluegogo spread last week.

In terms of bike sharing, Didi said it will offer deposit-free rentals to match Mobike and ofo. Since last August, ofo and Mobike have both waived deposits for new users in certain cities. Ofo waives deposits for users with good credit scores, while Mobike allows new users to ride five times a week without deposits.

Under Didi’s cooperation arrangements with Bluegogo, the brand name, deposits, debts and other related properties will be retained by Bluegogo. Meanwhile, users will have the option to convert Bluegogo deposits, privileges and app top-up values into DiDi bike and car ride coupons of equivalent value.

Bluegogo collapsed last November, just a year after its founding and after having raised RMB400 million (US$58 million) in venture funding at a RMB1 billion (US$140 million) valuation. It reportedly had around RMB200 million (US$31 million) total outstanding debts to about 70 vendors.

Didi aims to have 60 million bikes in service in 2018, according to media reports. Bluegogo alone will provide Didi about 700,000 bikes operating in several first-tier cities in China, including Beijing, Shenzhen, Shanghai and Guangzhou. As of last May, Bluegogo had 4.37 million users.