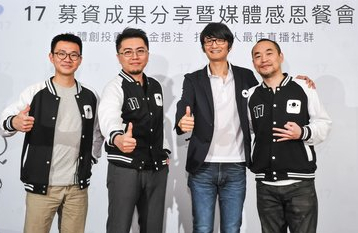 LeSports Innovation Fund and its partners have invested RMB150 million (US$23 million) in Taiwanese live webcasting social platform 17 Media to help it expand its reach in the Greater China region, according to an announcement.

Founded by Jeffrey Huang and Tai-Yuan Chen in 2015, 17 Media’s webcasting social app allows users to do live broadcasts whenever and wherever they want while interacting with other users in real time.

The company has hit more than 10 million downloads within eight months, it says. A popular webcasting presenter on its platform makes as much as US$6,000 every month.

Infinity Venture Partners is also a backer of the company.