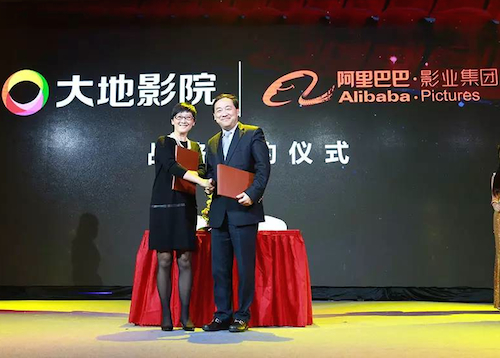 If fully converted, the film and entertainment arm of Alibaba Group Holdings Ltd. will own 4.76% of Dadi Cinema, the second largest cinema firm in China with 313 cinemas in operation and 330 new ones in its pipeline.

"Cinemas will play an integral part in Alibaba Pictures’ operations as the company aims to build an integrated entertainment platform for the film industry," Alibaba Pictures chief executive Zhang Qiang said in a statement.

Mainland China’s total box office reached a record US$6.78 billion last year, up 48.7% from 2014, according to Chinese official numbers.

Alibaba Pictures was established in August 2014 after Alibaba paid US$804 million in March that year to take over a 60% controlling interest in China Vision Media Group.