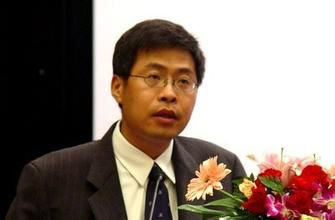 After a stint at Goldman Sachs and other investment banks from 1996 to 2000, before returning to China to worked at the China Securities Regulatory Commission starting in 2000, as one of the first batch of overseas educated "returnees" to work at the agency.

He pushed the launch of the Shanghai-Hong Kong Stock Connect program and is behind many other initiatives to simplify H-share regulatory approval and A-share’s inclusion in the MSCI index.