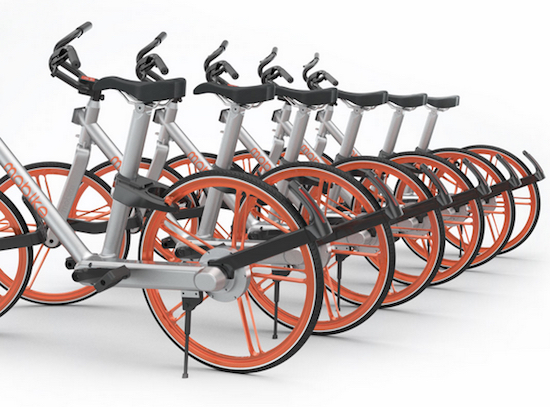 Mobike, a Shanghai bike sharing start-up founded by a former Uber manager in the Chinese city, is discovering that some Chinese users like to ride the bike but don’t want to share with others.

The company’s mobile app allows users to find the closest bikes, then by scanning a QR code on the bike to unlock and rent it for RMB1 per half an hour with a deposit of RMB300.

The objective is to provide easy last-mile transportation for urban dwellers. When reaching one’s destination, users just need to park the bike anywhere and lock it to trigger automatic online payment.

But lately, some users have been guided by the app to find the closest bikes to be located inside apartment buildings or private underground garages, as it appears that certain bikers want to keep the bikes to themselves.

In extreme cases, users have taken off certain bike parts or intentionally damaged the bikes. Over a couple of days in July, as much as over 100 bikes were damaged, the company says.

The most audacious attempt to keep the bikes have been trying to scratch off the QR code, as it is the only way to identify a bike within Mobike’s system.

As a result, Mobike has switched to a hard plastic plaque imprinted with QR codes after initially using just paper stickers. But after some bikers used knives or tried to burn the plastic off, the company is planning to use metal QR codes for its future bikes.

Founder Wang Xiaofeng likes to call the company a data or Internet firm, instead of bike sharing. Mobike’s vehicles use a self developed smart lock, and its back-end systems record millions of users’ data.

Despite the headaches, Mobike just launched a Beijing operation and announced a US$10 million venture round from Panda Capital last week.

For the uncivil user behavior, the company has adopted a point system. Users’ points will be deducted for improper parking or other violations. When a user’s points reach a low threshold, he or she will be banned from using the app.