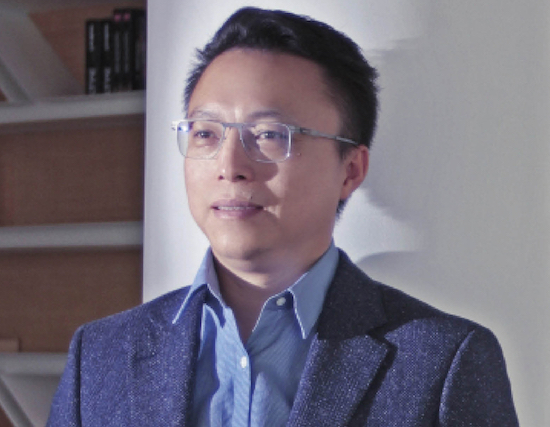 Ant Financial Services Group is known as China’s biggest and most valuable financial technology company, but the man who’s in charge of the Alibaba Group’s financial affiliate remains a deeply mysterious non-public figure.

Eric Jing, 44, a veteran Alibaba executive and head of Alibaba’s Alipay unit since 2009, rarely talks to the media or speaks at industry conferences.

He is so low-key for an executive in his position that a Google search of his name shows few results. For those that do show up, most are public company press releases.

In April, Jing donated US$5 million to his alma mater, the University of Minnesota. Nobody knew until the school released a public statement.

Alibaba announced on Monday that Jing Xiandong, which is his Chinese name, will replace long-term director of the board, Jonathan Lu, as member of the Internet giant’s board in September, marking another milestone in the career of a management star.

Born in 1972 in Anhui province, Jing worked at Guangzhou Peugeot Automobile after graduating from the School of Management, Shanghai Jiao Tong University.

He then worked at Havi Group, a supplier to McDonald’s, and Swire Coca-Cola. In 2004, he become chief financial officer at Guangzhou Pepsi-Cola Beverage Co.

His decade-long experience at multi-national companies built a solid financial background. In 2007, Alibaba lured Jing away from Pepsi-Cola as among the first elite outside executives to join Alibaba. Jing also became one of Alibaba’s 27 partners.

Two years later, he become the chief financial officer at Alipay, the online payment service of Alibaba back then. His responsibilities expanded when he was appointed chief executive officer at Ant Financial and chairman of MyBank, an Internet bank launched by Alibaba and Ant Financial, in 2015.

During the past year as head of Ant Financial, he was instrumental in pushing for the completion of two financing rounds to raise US$6.5 billion from marquee investors including the National Social Security Fund, CIC International, Postal Savings Bank of China.

He was also behind a so-called "Internet Accelerator" project, which aims to partner with 1,000 traditional financial institutions and help them transition to the Internet age. So far, the project has established relationships with nearly 400 entities.

Always wearing black-rimmed eye glasses and navy blue suits, Jing loves Starbucks, Karaoke, wine and sports. He is also a philanthropist, having donated money to build a school in Tibet and helped pay for tuition for 100 students in poor regions in Guangdong province.

On the night when Ant Financial announced a record US$4.5 billion financing round in April, Jing sent out an email to the unit’s 7,000 employees to pump up the army that is reshaping the country’s financial industry: "We must remind ourselves that we need to be more fearful than any other time, and we need to work harder more than any other time. The deeper we move into the financial world, we realize that there is more we need to learn…We must remember that the biggest enemy we face is nobody else but ourselves."

And, like any hard-working executive, his internal work email has the following line as signature: Life wants 1 thing from us, our best. If we give life our best, it will give us its best.